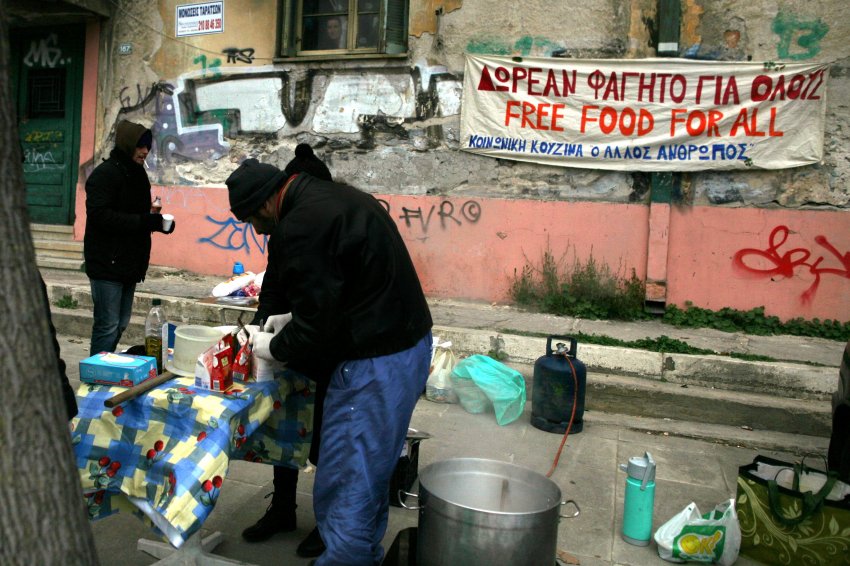 epa03086187 Members of the humanitarian organization 'The Other Man' set up a soup kitchen in Athens, Greece, 30 January 2012. 'The Other Man' is a humanitarian movement of citizens that organize soup kitchens in various central spots of Athens on daily basis, to provide a warm meal and first aid for homeless and poorer citizens. EPA/ALKIS KONSTANTINIDIS +++(c) dpa - Bildfunk+++

As never before, the situation with the announced budget rebalance is alarming, Gordana Dimitrieska Kocoska, member of the VMRO-DPMNE EC, reacted on Wednesday.

There is no money for the economy that barely survives, there is no money for the farmers, no money to help the unemployed, the hospitality industry, the craftsmen, but there is money for social transfers which are the only pre-election bribe that will be paid again by all citizens. Beware, a budget deficit of over 6% is planned, which will be financed with new loans, and no one will benefit from that except when it comes to the lucrative interests of Zoran Zaev. This supplementary budget envisages over 200 million euros for pre-election bribery, which is a robbery of the state treasury financed by the citizens, and hidden under the guise of subsidies and transfers. The main focus of such a rebalance will not be industry and the real sector, but the bulky state administration. In other words, the destroyed economy will have to feed the administration additionally because of the political and narrow party interests of Zaev and the government. Before the elections, Zaev promised a small and efficient administration, Zaev after the elections organized a bribe of the state administration, paid with public money, said Kocoska.

With the supplementary budget, she added, Zoran Zaev will indebt every family for another 400 euros.