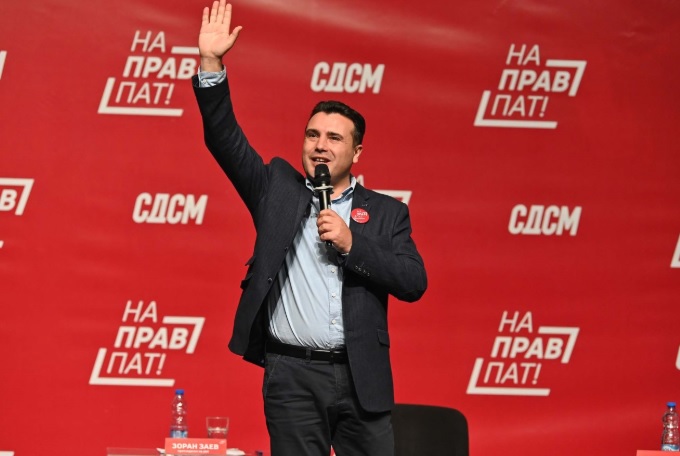 Former Prime Minister Zoran Zaev asked the voters for another four year mandate, promising that this time he will focus on the economy. Zaev used broad terms about his economic program, but promised to grow the economy.

I will personaly dedicate myself with enormous dominance in the economy, so there will be a real economic competition between the political parties. The two issues that will dominate in the next four years will be the economy and the wholesale transformation of our society, Zaev said, in his typical style lf speaking, during his meeting with the SSK association of chambers of commerce.

Angjusev claims there is a budget hole, that there may not be enough money to pay salaries

Misajlovski: Why cut salaries, while 65 institutions are employing new people?