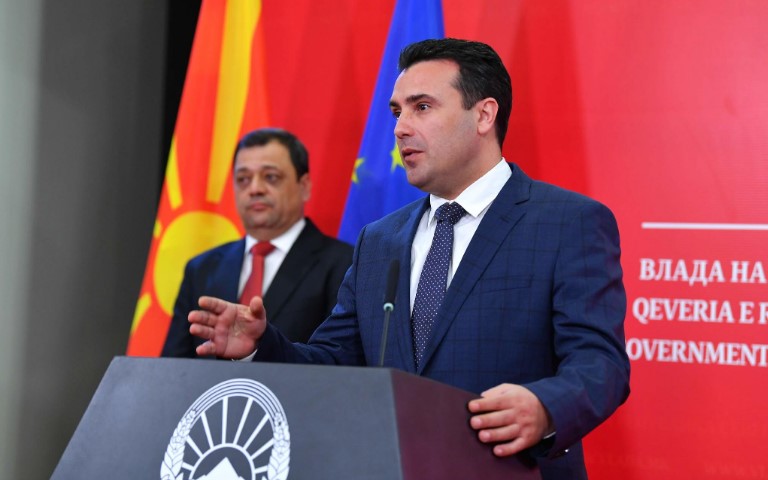 Zoran Zaev raced to claim credit today after statistics showed a BDP growth of 4.1 percent in the first quarter of the year.

We expect growth to increase given the negative rates of growth in 2017. This dismisses the claims made by VMRO-DPMNE that there is now economic progress. What more should I do, stand on my head for the opposition to admit that we have excellent economic data?, Zaev said.

He is referring to the recent dispute between VMRO-DPMNE President Hristijan Mickoski and his Deputy Prime Minister Koco Angusev, after the dismal foreign direct investment numbers at the same first quarter of the year. Manufacturing FDI, much of it brought to Macedonia during Nikola Gruevski’s decade at the helm, drives the economy. The exceptionally low FDI inflow of just 21.6 million EUR in the first quarter prompted an attempt by Angusev to massage the numbers.