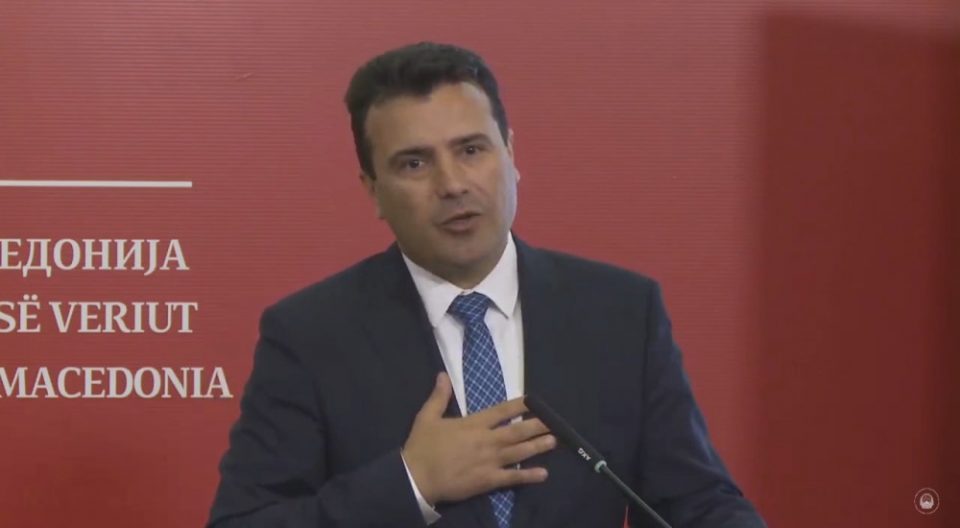 Prime Minister Zoran Zaev, who is to temporarily assume the post of minister of finance until the appointment of a new minister, said Wednesday that his intention is to delegate competence and to make major decisions that will benefit the citizens.

My intention is to make major decisions that will benefit the citizens. Of course, the heads of the sectors and units themselves make their own decisions. They are independent bodies such as the Property and Legal Service, the Public Revenue Office, customs and all other institutions under the Finance Ministry, even the sectors within the Ministry. I intend to delegate the competence, people to make decisions, and then to make major and significant decisions that will benefit the citizens, Zaev said on Wednesday.

He added that tomorrow the legal team should propose all mechanisms in relation to assuming the finance minister post.

All decisions will be made public. The goal is to show one practice that exists in at least seven countries. Indeed, this year we want the economy to maximize the effects. I always delegated my trust with a dignified dose of courage, and this will be the case in the part of the finances, Zaev said, adding that it was a formality whether the documents would be signed by the deputy minister, the head of the sector.

Regarding announcements for budget rebalance, the Prime Minister confirmed that there will be a rebalance, but that the necessary analyzes should be made and see where changes in the budgetary rates are needed.