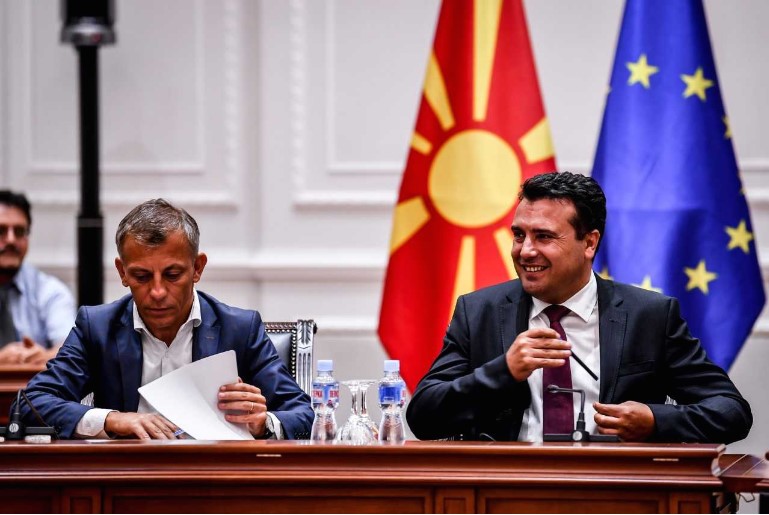 Prime Minister Zoran Zaev and Minister without Portfolio in charge of Diaspora Edmond Ademi met Wednesday with representatives of our diaspora, living in Italy, Switzerland, Germany, Belgium, Luxembourg, Turkey and the United States.

As the government’s press service informed, at the meeting Zaev emphasized the policy of the Government that apart from economic progress are aimed at achieving the key strategic goals – NATO and EU membership.

We are creating a safe, secure and economically prosperous state, which has friendly relations with all its neighbors and favorable conditions for investments, added PM Zaev.

The Prime Minister emphasized that the efforts and policies of the Government are aimed at improving the favorable economic climate in the country and the conditions for investments by domestic and foreign investors and announced additional positive decisions to support investments by our fellow citizens living or temporarily residing abroad.

I urge you to invest in our country. We expect the prosperity of the country to increase, we will continue with reforms in all areas, especially in the judiciary, and we will strengthen the uncompromising fight against corruption, said Prime Minister Zaev.