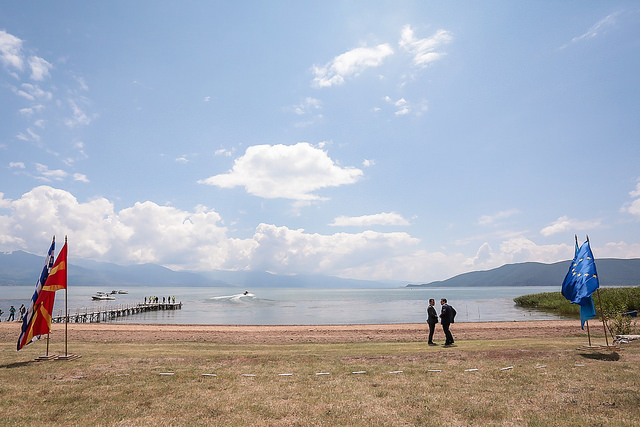 From the signing of the Prespa Agreement (Photo: Government of the Republic of Macedonia)

“Big companies with billions in annual revenues are coming,” Zaev told AFP ahead of the meeting, citing Greece’s Motor Oil, a petroleum company, and Mytilineos, an industrial conglomerate, as among those who will join the two premiers at a business forum on Tuesday.

Greek companies have already promised to invest more than “500 million euros” ($560 million) in North Macedonia’s energy sector, plus other investments in concrete and agriculture, he said.

“The Republic of North Macedonia will have huge economic benefits from the deal that I believe will be seen in every area of the economy,” Zaev said.

Eleven patients, including one aged just 39, died of the coronavirus during the past day. Five of the deceased were from Skopje, and two each from Kavadarci and Negotino – indicating that the central Tikves region continues to be hit especially hard by the epidemic. Other than the 39-year old patient,...
Macedonia 05.03.21 | 16:26

What Gligorov said about Frckoski in his book: He offered me a million dollars of Greek money to give up the name

MoFA: We have never said that Frckoski is a candidate for ambassador