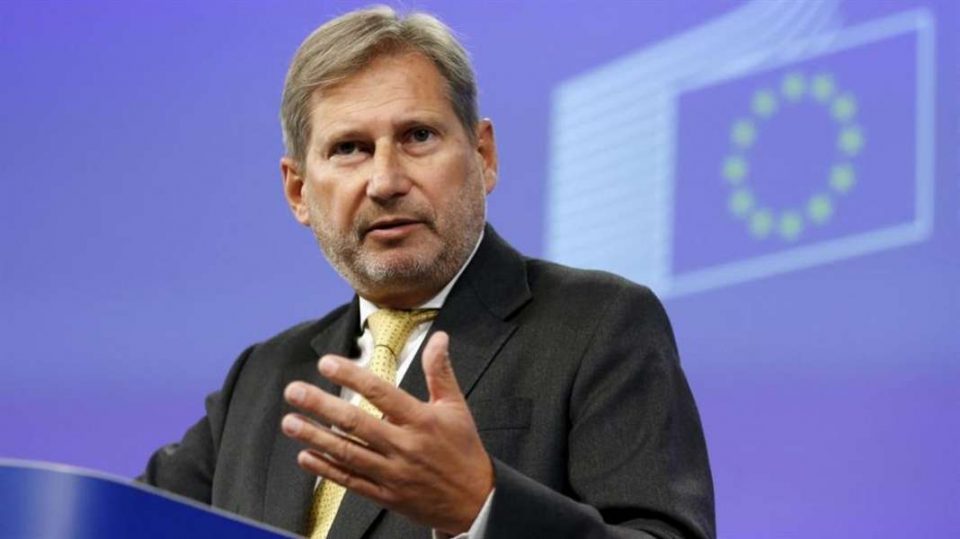 The GAC council of the European Union closed its discussion on enlargement in Luxembourg and decided not to open EU accession talks with Macedonia this summer. The matter will be examined again in October, the conclusions announce.

The idea to decouple Macedonia from Albania to ensure that the decision in October will be more positive has not been accepted, said enlargement Commissioner Johannes Hahn who had difficulty disguising his disappointment after pushing strongly to reward the Zaev Government. A Macedonian journalist asked Hahn if he is aware of the “extremely disappointing impact” this decision will have on Macedonia.

I can’t give any guarantees and I’ve listened carefully to all and we confirm that they are full of appreciation. They have an institutional problem or a challenge, however you want to call it, in that the German Bundestag didn’t find the time to deal solely with it and we have to respect democratic institutions. We have to respect if in one member state one of the institutions needs more time. Listening to the representatives of the countries I’m extremely confident that we will get green light in October, Hahn said.

The Commissioner insisted that it was just a minority of countries which objected to the opening of accession talks with Macedonia. This won’t come as much comfort, as Macedonia was blocked for a decade by just one country – Greece.

This time last year, after the European Council, Zoran Zaev promised that accession talks begin in June 2019 without any further delays, and used this promise as a main talking point during his failed referendum campaign to get Macedonians to approve the name change. Lately Zaev was hoping that Germany will help persuade France and the Netherlands to open the accession talks, but in the end, it turned out that Germany itself has become an obstacle, with the Bundestag not giving its approval on Zaev’s timeline.

Hahn said that he had a very hopeful meeting with the French Secretary of European Affairs. France has been the most outspoken critic of future enlargement, and called on Albanian politicians to make sure the country doesn’t descend into future political tensions. Some Macedonian politicians, like President Stevo Pendarovski, called for a decoupling of both countries, thinking that would give Macedonia greater chances to open accession talks, but Hahn replied that “the process is merit based and both countries have delivered”, effectively announcing that the countries are tied together.

The draft conclusions prepared by the foreign ministers, which have to be approved by the heads of states and governments in a few days, welcomes Zaev’s Prespa treaty and takes note of the recommendation of the European Commission that Macedonia should open EU accession talks.