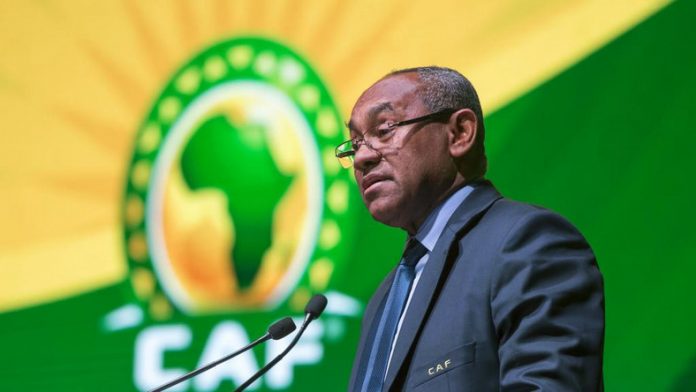 The president of Africa’s soccer confederation, a FIFA vice president, was detained for questioning in Paris early Thursday, a day before the start of the Women’s World Cup.

The official, Ahmad Ahmad, was picked up at a luxury hotel by the police as part of a corruption investigation that grew out of allegations of wrongdoing made by Amr Fahmy, his former deputy at the Confederation of African Football.

FIFA confirmed that Ahmad had been detained but said in a statement that it was “unaware of the details surrounding this investigation and is therefore not in a position to make any comment on it specifically.”

Ahmad’s detention threatens to overshadow the buildup to the latest edition of the Women’s World Cup and this week’s installation of Gianni Infantino as FIFA’s president for a second term. If the accusations against Ahmad are true, it also would be yet another damaging blow to the organization’s reputation and reform efforts, which were battered by a 2015 corruption scandal.

Ahmad’s detention may be particularly embarrassing for Infantino.

His rise from relative anonymity to the presidency of CAF, one of FIFA’s largest regional confederations, was backed by Infantino, who in 2017 traversed Africa, expressing his support for Ahmad, a former politician from Madagascar.

“FIFA is now clean from the scandals that tarnished its reputation, and this same determination should prevail in governing bodies such as confederations,” FIFA’s statement said. “FIFA will be at the forefront of ensuring that this is enforced by everyone involved in football.”

The pressure has been building on Ahmad for several months. FIFA began an ethics investigation into him last month after Fahmy, the former CAF secretary general, submitted a dossier outlining a number of potential ethics violations.

Ahmad has denied all of the allegations, saying that they are part of a plot led by disgruntled former employees. Amid growing disquiet, he told a meeting of African officials two days ago that he would be calling for a special meeting to update them.