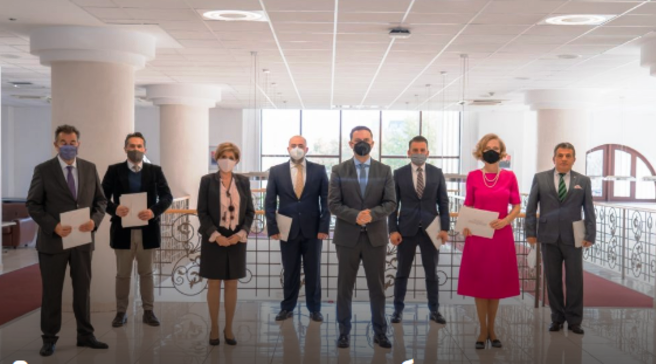 Bujar Osmani, the first ethnic Albanian Foreign Ministerr of Macedonia, announced that the Ministry is finally approving a batch of new ambassadors and that five out of the seven are ethnic Albanians or non-Macedonians.

Success, Osmani said in his social media message to the ambassadors, written in Albanian.

The ruling SDSM and DUI parties had serious difficulty appointing new ambassadors even though they held all levers of power needed for the appointments since early 2019. Teuta Agai Demjaha will be named to the post in the UN in Geneva. Prime Minister Zoran Zaev’s foreign policy adviser Dane Taleski is the next Macedonian ambassador to NATO, and Shpresa Jusufi will be ambassador to Kosovo.