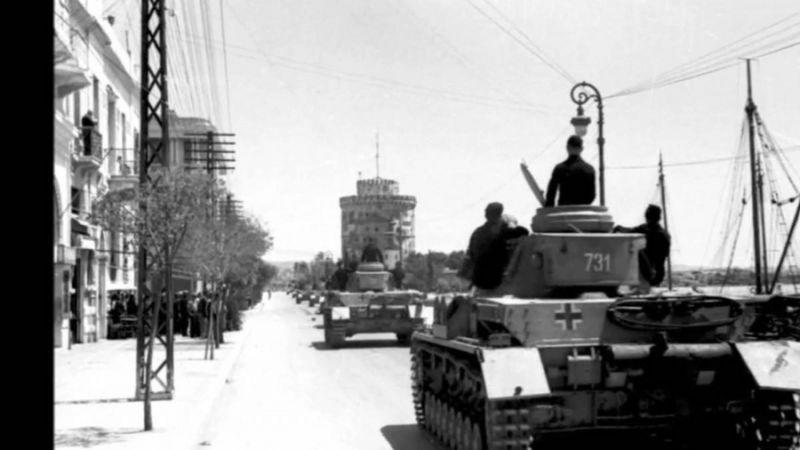 Writing in Greek Kathimerini, German journalist Michael Martens reveals diplomatic exchanges between Belgrade and Berlin in the early years of the Second World War, which show that Germany was willing to cede the port of Solun/Thessaloniki to Yugoslavia in exchange for its membership in the Axis.

The documents reveal how initial contacts were made between journalist Danilo Gregoric, who was an intermediary between Yugoslav regent Prince Pavle and Prime Minister Dragisa Cvetkovic, and the German authorities. As Italy invaded Greece in 1940, Yugoslavia was looking for an opportunity to join the war and secure the major regional port.

Yugoslav circles are seriously considering the opportunity to take Thessaloniki after the Greek collapse. Offering it access to the Aegean could be basis for talks with Yugoslavia, wrote German Ambassador to Belgrade Viktor von Heeren.

One of the angles being examined was the ethnic make-up of the city and its surrounding, which Germans determined was largely “Slavic”, with only a recent push to “Hellenize” the population, after Greece took it in 1912. German diplomats estimated that it won’t take long after the city is ceded to Yugoslavia before the population will reveal its Slavic character. They acknowledged that Croats in Yugoslavia may object, though, because such increase in Serbian held territory would further tip the scales of power in the Kingdom toward Belgrade. 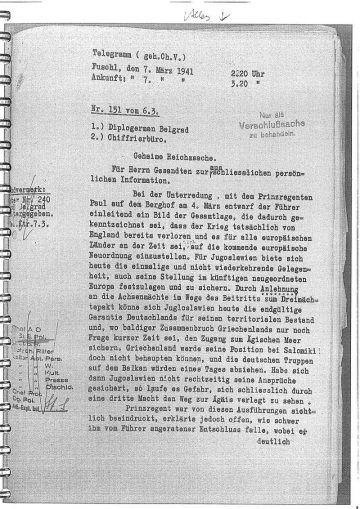 According to German diplomat Ernst von Weizsacker, father of future German President Carl von Weizsacker, the move to cede Solun to Yugoslavia would go hand in hand with the Bulgarian expansion to the Aegean, in the area between the Struma and Evros rivers. Bulgarian diplomats were urging Germany to stop the delivery of Solun to Serbia, or at the very latest, wait until the Yugoslavs prove themselves in the fight against Greece before doing so. 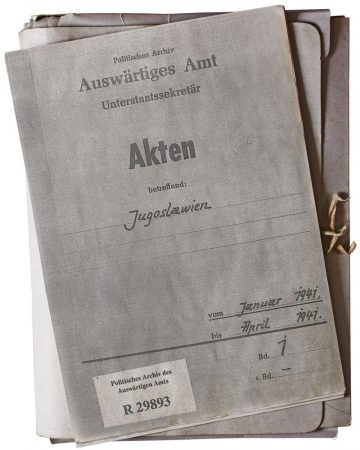 Ultimately the talks advanced to the highest levels, between Hitler and the regent Prince Paul, with German Foreign Minister Joachim von Ribbentrop agreeing the details with Belgrade. Yugoslavia joined the Axis on March 25th 1941, but two days later an army coup orchestrated by the United Kingdom toppled Prince Paul and elevated the young King Peter II independently to the throne. Only days later Germany declared war on Yugoslavia and quickly overran the country.