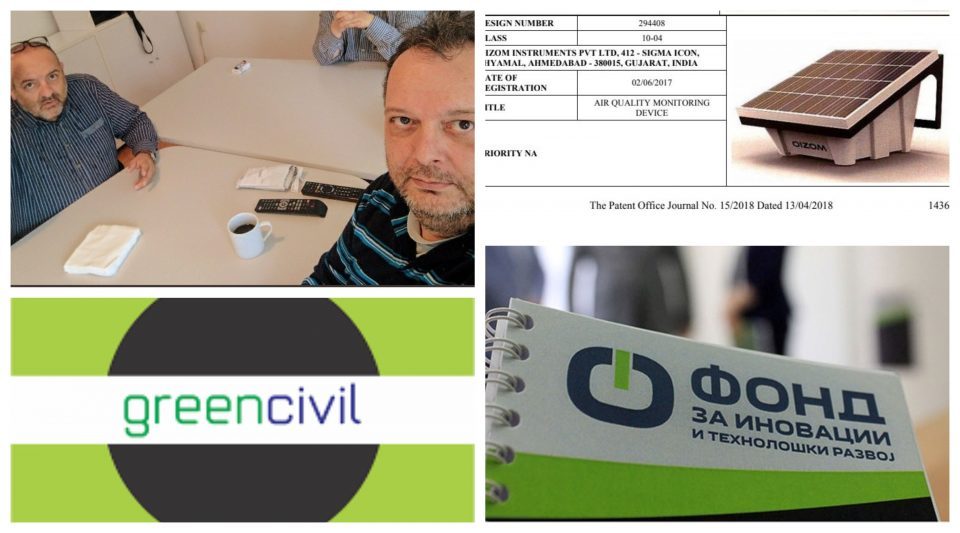 The Oizom company, based in the Indian city of Ahmedabad, confirmed to Republika that a picture of their device was being used by a politically connected in Macedonia to leech money from the public Innovation Fund.

The Innovation Fund has frequently been in the news over allegations that its manager Jovan Despotovski is approving contracts to SDSM party officials, as well as activists and journalists close to this party, using suspicious looking “innovation” projects. The latest example includes Infoprojekt, a company founded by Vanco Ordanoski, who is the brother of leading pro-SDSM journalists Saso Ordanoski. Infoprojekt applied for and won an innovation grant worth 245.000 EUR, ostensibly to develop a system that would measure air pollution in cities. The company pledged that it will provide an additional third of the project funding, worth a little over 100.000 EUR and founded the Ekomonitor.mk site to present its project. The project was developed in cooperation with Green Civil, an environmental group founded by the left wing Civil NGO led by Xhabir Deralla, which already has extensive cooperation with Saso Ordanoski.

Things took a turn to the worse for the project when lawyer Aleksandar Tortevski reported that Vanco Ordanoski has a fradulent project funded by the Innovation Fund worth 350.000 EUR. Social media users were quick to dig up the name of the project, and a cursory check of the images posted on Ekomonitor.mk revealed that the device that was being presented there is actually built by an Indian company.

The photos used on their website previously were pictures of Oizom Polludrone Version 1. We had our design registration also done for the same. We have not been contacted by Ekomonitor, said Jainam Mehta, chief marketing officer for the Indian Oizom company, when a side by side comparison of the images of the device claimed by both Ekomonitor and Oizom revealed they are identical. The only difference is that the logo Oizom seemed crudely airbrushed from the image posted by Ekomonitor. 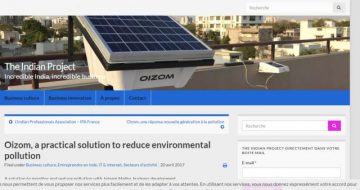 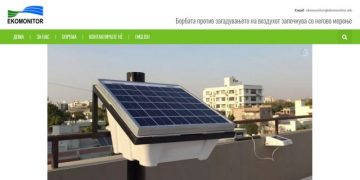 Oizom told Republika that they’ve held a patent on the device since 2017, a year before Ekomonitor claimed its “innovation” grant, and Ordanoski’s company acknowledged guilt in a way, by deleting the image of the device from its website. Also gone is another image, of what appears to be a phone app that Ekomonitor used as well, in an apparent attempt to create an impression of developing innovative air pollution measuring solutions. That image was lifted from a Chinese web site.

Republika turned to the Innovation Fund (FITR) for answers. They acknowledged that they are funding most of the Ekomonitor project but denied knowledge of the already widely reported allegations of fraud. The Fund did say that, if Ordanoski has used someone else’s device to claim the money, he was violating the contract he signed.

Oizom, on the other hand, says that Ekomonitor has not contacted them and has not asked to use their device in the project they received funding for. The Innovation Fund informs that the project is funded in incremenets, and that so far Ekomonitor has claimed some 20.000 EUR from the total grant of 245.000 EUR.

Republika tried contacting both Infoprojekt and Green Civil. Vanco Ordanoski did not respond to an email sent to his Infoprojekt address, and he also deleted his Twitter account, which he has used for years to spread hate speech against critics of the Zaev Government and to promote his policies.

A response was sent by Biljana Jordanovska from Green Civil, who denied that the organization has received any funding from the suspicious project, and insisted that their contribution has been voluntary, and claimed that, “to the best of her knowledge”, Ekomonitor has a patent on its own product. She also denied any knowledge that images of an Indian device were used on the Ekomonitor website where Green Civil is involved, despite the questions being sent to her after days of widespread media coverage of the allegations.