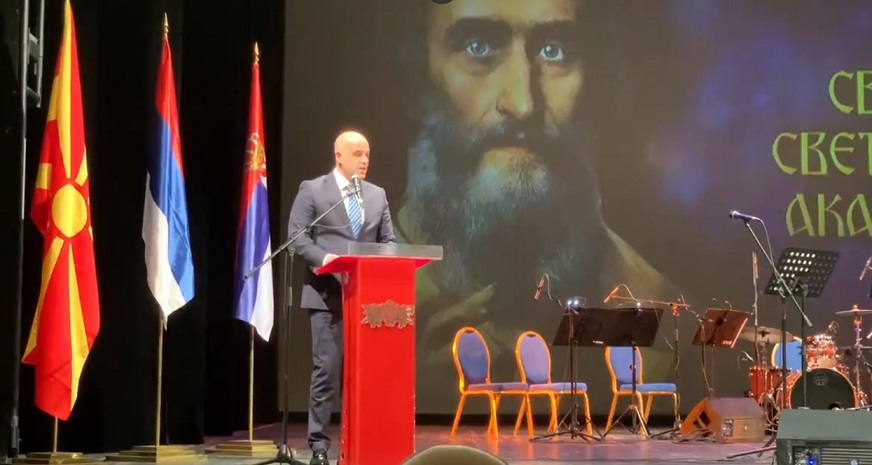 Former Prime Minister Zoran Zaev was known for the numerous gaffes and statements he made during international interviews or events, but such a practice of the top leadership of the country continues.

The latest person who “followед the example” of Zaev and maде a gaffe, which should not be allowed in an official address to a minister of a country, is exactly the man who replaced Zaev in the position of Prime Minister, Dimitar Kovacevski.

In a welcoming address on the occasion of St. Sava Day, Kovacevski referred to Serbian Foreign Minister Nikola Selakovic as the foreign minister in Bosnia and Herzegovina – Republika Srpska.

As a clarification, Republika Srpska does not have its own foreign minister as part of BiH.

You can watch the video of Kovacevski’s gaffe on the following LINK.