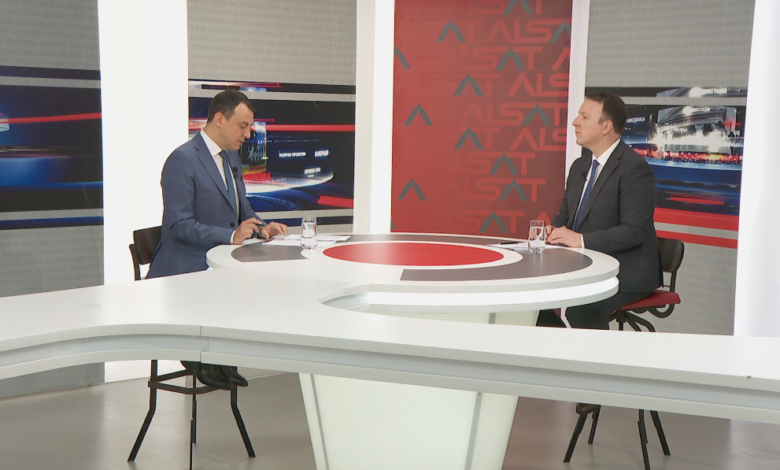 VMRO-DPMNE Vice President Aleksandar Nikoloski spoke about the cooperation with Hungary and the Government of Viktor Orban, which has been a strong supporter of Macedonia over years. During a 360 interview, the reporter raised allegations against the EU Enlargement Commissioner, Hungarian Oliver Varhelyi, citing comments from former Foreign Minister Nikola Dimitrov that Varhelyi was not helpful during the growing dispute with Bulgaria.

The problem is that serious EU member states, that make the decisions, believe that Macedonia is not ready yet. First they lumped us in a group with Albania, which, in my opinion, is the biggest diplomatic error and defeat Macedonia made. I was warning that will happen but I was told I’m engaging in science fiction. Well, now it happened. Then Zaev was persuading us that accession talks will begin when he signs the Prespa Treaty. But we got a “no” and then another “no” and then another the next week, the next October.., and we got to the Bulgarian national position. The public forgets that there were a year and a half between the Prespa Treaty and the decision of the Bulgarian Assembly. In this period Bulgaria was still not blocking Macedonia, but others did, because they thought we are not ready, Nikoloski said, adding that Varhelyi is a great supporter of the European integration of Macedonia who believes

Macedonia should open its EU accession talks.
Regarding the cooperation between VMRO-DPMNE and the Hungarian ruling Fidesz party, Nikoloski said that Hungary is a leader on many isseus and that Macedonia can only gain from this friendship.

Orban is a Central European leader who had won three elections, this time he won with absolute majority, which will make him the longest serving Prime Minister. Macedonia can only gain from having such a man as a friend. Hungary is currently the best economic performer in the EU, in the handling of the pandemic, of the economic crisis. Regarding the illiberal policies he maintains, these are policies that the people support with a two-thirds majority. We conduct policies in Macedonia that are to a degree different, partly because of the different ethnic composition of Macedonia and Hungary, because of the different political traditions and the different surrounding, Nikoloski added.