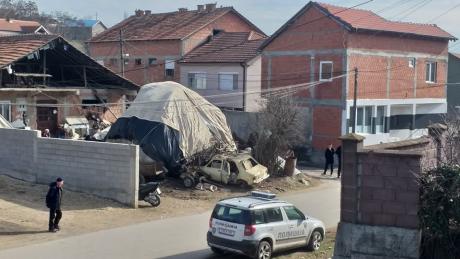 Three children aged 8, 9 and 11 were killed and seven other people injured critically when a gas cylinder exploded in a house in the village of Romanovce, Kumanovo region on Sunday. Out of seven injured people, three are in life-threatening conditions that are transferred to the Clinical Centre in Skopje.

According to MoI, the fire was extinguished by the Kumanovo fire department and a public prosecutor has been notified and a team from the Kumanovo police department is working on determining the causes that led to the tragic accident.

The residents of Kumanovo’s Romanovce are in morning and say they do not remember such a tragedy with such a number of victims and injuries in one family.