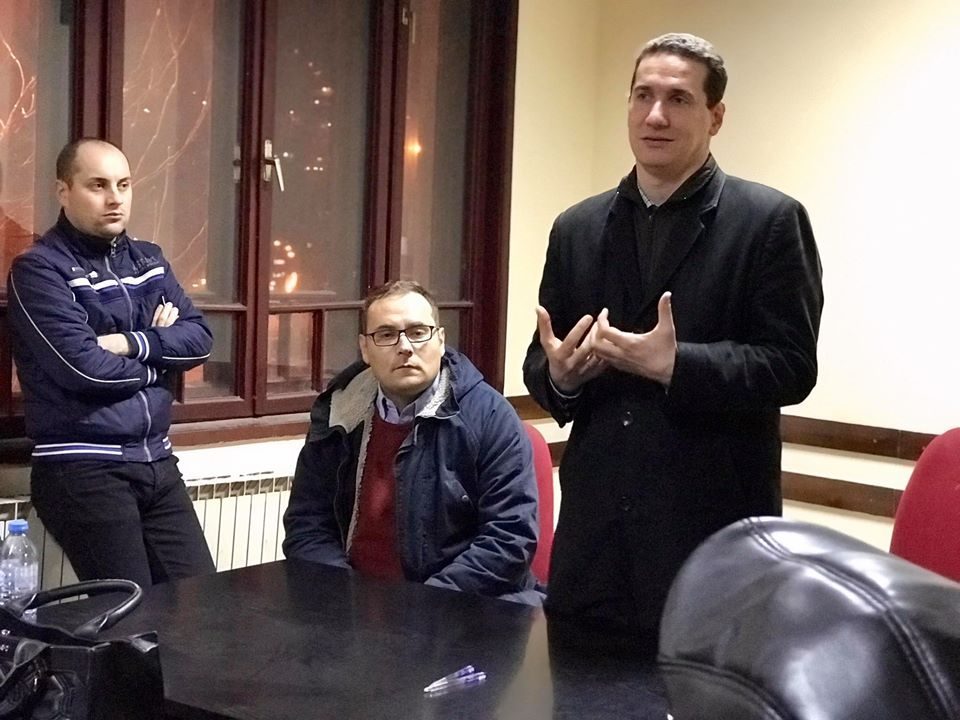 A day ahead of the VMRO-DPMNE convention to elect the opposition party’s presidential nominee, Vladimir Gjorcev expressed his full support in party leader Hristijan Mickoski and vowed that, if elected President, he will work with Mickoski to bring down the Zaev Government.

Hristijan Mickoski has my full support as leader of VMRO-DPMNE. For the past 15 months I was able to witness his hard work under these very difficult circumstances. VMRO-DPMNE is strongest when it’s united and I support Hristijan Mickoski as our candidate for Prime Minister of Macedonia, following the next general elections. As President of the country I will work with Mickoski to bring back the days when we would open a new manufacturing plant each month. I’m prepared to work with Mickoski to bring in new foreign investments, to help open jobs and keep the young people in Macedonia. Together we will fight for a better Macedonia, Gjorcev said.

Gjorcev is considered one of the two leading candidates among the nine who asked for the VMRO nomination. Professor Gordana Siljanovska is also seeking the nomination. The convention to elect the nominee takes place in Struga on Saturday.