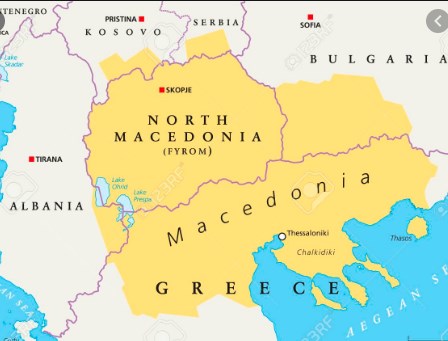 After Bulgaria raised issues with the ethnicity of a number of Macedonian heroes, chief among them Goce Delcev, then the Macedonian language and nationality, the latest dispute that is being raised is the imposed name “North Macedonia”.

Bulgaria warned that “North Macedonia” can be seen as a claim on Bulgarian territory. Just as the VMRO-DPMNE party warned, the 2017 Zaev – Borisov treaty did not close historic issues – on the contrary, it led Bulgaria to raise more and more obstacles on the way before Macedonia’s opening of accession talks.

While Macedonia was being forced by a number of international powers to accept “North Macedonia” as its official name, upon request from Greece, Bulgaria raised objections, but did not act decisively to disrupt the proposal. But now Bulgarian Defense Minister Krasimir Karakacanov, who is one of the most nationalist members of the Borisov Government, said that the term “North Macedonia” could be seen as something that includes parts of Bulgaria. In the 1913 partition of Macedonia by Serbia, Greece and Bulgaria, Bulgaria gained the territory around Mt. Pirin and Gorna Dzumaja (Blagoevgrad) which is commonly referred to Pirin Macedonia.

Macedonian Foreign Minister Bujar Osmani confirmed that the issue of the name is now part of the dispute, and that Bulgaria wants it clarified to mean that it only refers to the Republic of (North) Macedonia, and that Macedonia does not have any territorial claims on Bulgaria. Macedonia already has constitutional amendments that it doesn’t claim any territory from the neighbors, but it is likely that Bulgaria will want a declaration, an annex to the Zaev – Borisov treaty, or a new treaty altogether to cover the latest issues.