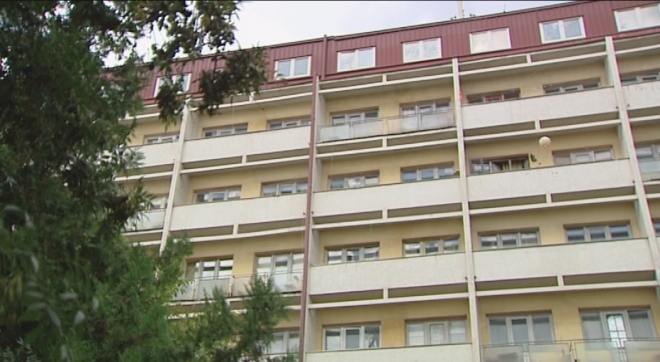 One of the biggest publicly managed student dorms in Skopje, “Kuzman Josifovski – Pitu”, was left without heating for over a week. The crisis, that happened as temperatures dropped quickly across the country, prompted the management to urgently seek a donation from the Gulf Oil company, owned by controversial businessman Vladimir Stajic, known as Rostilj (the barbecue man – for good reason).

After days of frantic criticism, on Thursday the management of the dorm announced – through the SDSM party – that the heating and warm water will soon return to “Pitu” after the necessary fuel was provided. “We will continue to transparently run the institutions, care for the students and efficiently overcome all unforeseen situations”, the youth wing of the SDSM party, which practically runs the dorm and similar institutions across the country, said in a social media comment.

But soon after, Gulf Oil Macedonia also posted a social media comment, announcing that it was in fact the company that students should thank for their heating.

We are proud to have been able to step forward with this donations. Students are the future of our society and caring for them is part of our corporate policy, Gulf Oil said, declaring the donation of nine tons of heating oil. 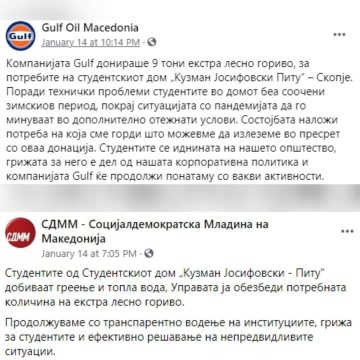 While they were without heating, students were told that there is a problem with the system, then that there are changes in the management which caused a bureaucratic mess, and now they realize that the dorm ran out of fuel. Opposition leader Hristijan Mickoski published the two press releases side by side, noting that the ruling party is “transparently” lying about who was it that resolved the problem in the dorm.