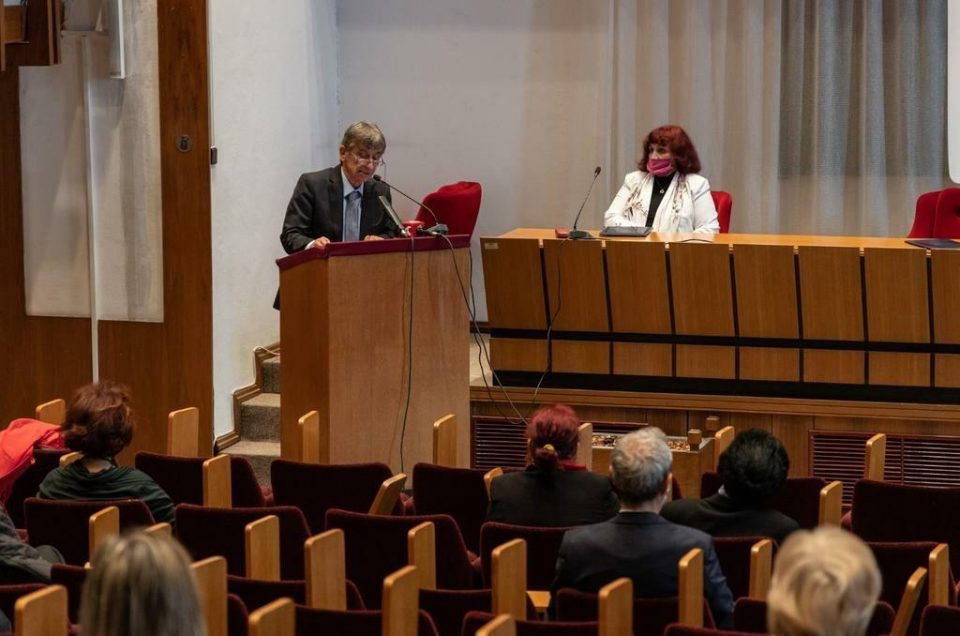 Ljupco Kocarev, President of the Macedonian Academy of Sciences and Arts and a top critic of the imposed name and identity change, is not backing down under pressure from media outlets and academics associated with the Zaev regime. Kocarev is under coordinated attack after claiming that the Philological Faculty in Skopje was preparing to abolish its central Macedonian language and literature department and replace it with broadly defined linguistics and literature departments.

Kocarev cited professors from the faculty who were given the restructuring plans, but this was denied by professor Iskra Panovska – Dimkova, head of the Macedonian language department. As if on cue, Kocarev was lambasted in the pro-Zaev press, with “Kocarev’s sinking ship” and “whose intersts is Kocarev working for?” some of the headlines that were published.

In response, Kocarev said that he supports the professors from the leading languages faculty in protecting the Macedonian language and literature department.

I encourage them to hold firm to their position, especially given the fact that the Dean’s program published for the period of 2020 to 2023 does not correspond with this position. According to the program, the 11 departments will be replaced with just five and the future of the Macedonian department is doubtful, Kocarev said.

The issue comes at a time when Education Minister Mila Carovska is trying to push through a plan to abolish a number of elementary school classes – including, most controversially – history. Macedonia is under strong pressure from neighboring countries to rewrite its historic narrative and to water down the uniqueness of the Macedonian nation and language, and the Zaev regime has been eager to oblige. After going along with Zaev’s concessions under its previous heads, under Kocarev the Macedonian Academy began resisting the push. It refused to change its name and pushed the Parliament to give up on an attempt to rename the Academy, while at the same time calling for a review of the treaties Zaev signed with Bulgaria and Greece.

Zaev: The Prespa Agreement is a law, MANU must change its name