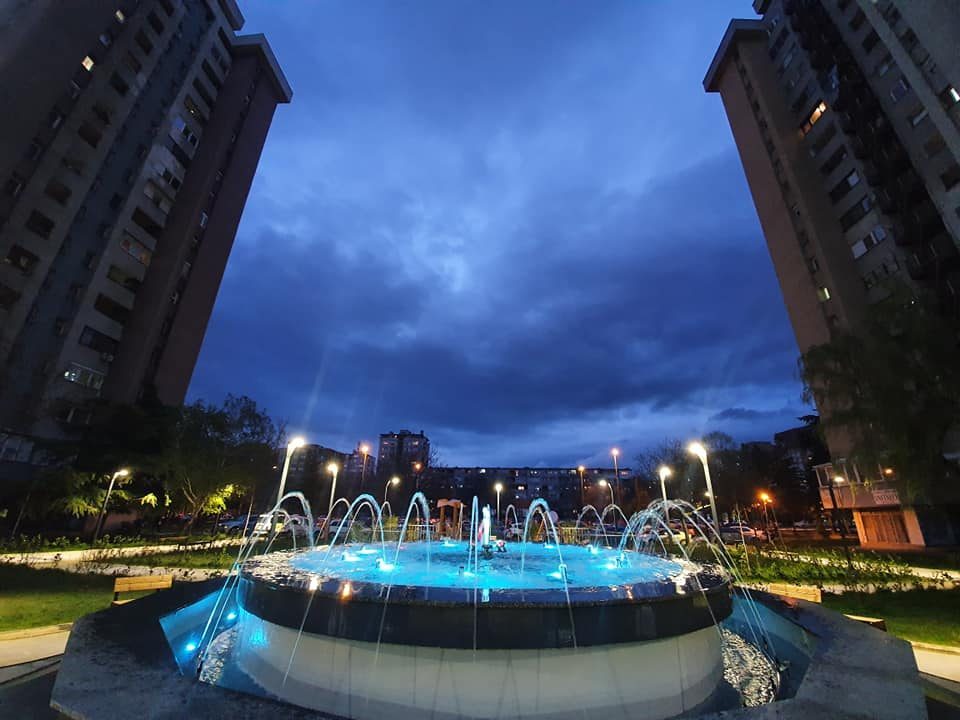 With the approach of the municipal elections in October, mayors are rushing projects to try to prove they’re worth another term. As the SDSM party grabbed most municipalities in 2017, in the aftermath of the Colored Revolution, it is pulling all stops and providing funds to its mayors, hoping to make up for their generally lackluster first few years in office.

One of them is Zlatko Marin who faces a difficult fight in Skopje’s urban bellwether Aerodrom district, which SDSM lost both during the 2019 presidential elections and the 2020 general elections. The Mayor faces a difficult task after he completely failed in his promise to stop over-development in the area, and even approved some of the most controversial new residential buildings linked to his predecessor Ivica Konevski, who he viciously campaigned against in 2017. So, to boost up his numbers, Marin did a lavish redecoration of a plaza and football pitch between four high-rises close to the main railway station estimated at over 700,000 EUR. But the job seems badly botched.

The plaza features a water fountain, which was completely redesigned with light fixtures installed. But just weeks after it was put into service, it is leaking from several places. The football pitch does not look much better, with soggy grass due to badly performed drainage which is now declared an electric hazard and is closed to the public, both for the football players and dog owners

Marin went his entire term without completing one major infrastructure project in Aerodrom, investing in glossy PR instead and engaged in suspicious public procurement contracts. And what little he did build is now unsafe for the public. The Bojmija park which Marin paid 720,000 EUR for is a mess of flooded tiles, dying grass and a football field that can have you electrocuted, the VMRO-DPMNE party said in a press release.