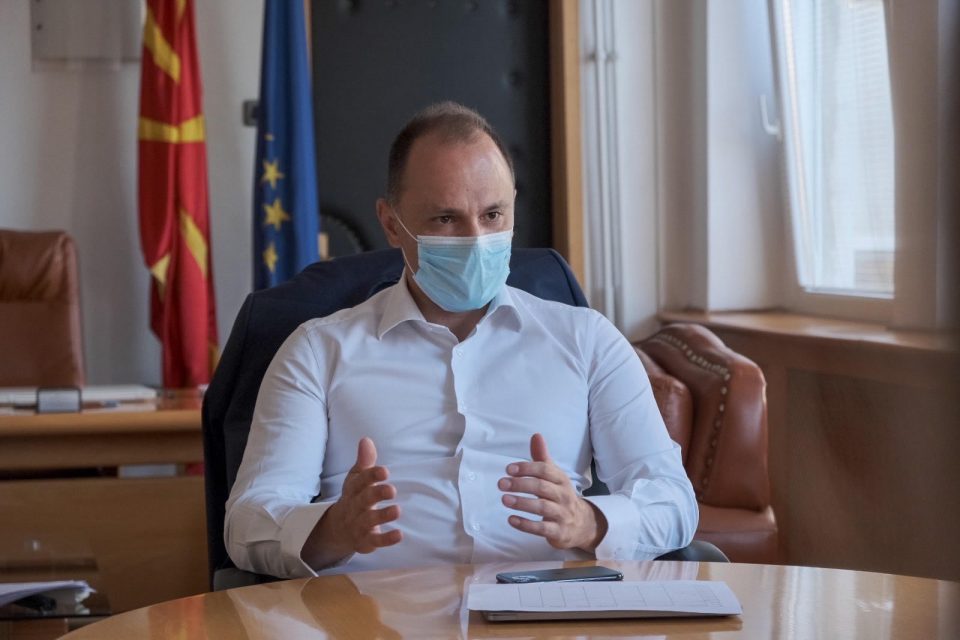 Healthcare Minister Venko Filipce called on the opposition to support the adoption of a law proposed by the Government that would mandate the wearing of masks even when alone in the open, and would ban family gatherings with more than four guests.

The radical proposal, which Interior Minister Spasovski said would be enforced with people being asked to spy on their neighbors, was put before the Government which eventually said would require Parliament approval. The SDSM – DUI – BESA coalition has just 62 members of Parliament, several of whom are infected, and has had difficulty adopting laws and even convening sessions. At the same time, it has refused accepting proposals from VMRO-DPMNE and other opposition parties, and Filipce even initiated a political twitter campaign against VMRO – despite the fact that ministers who hold “life or death” departments such as the police usually refrain from open politization of their position.

VMRO-DPMNE have pointed to a number of corruption scandals involving Filipce – such as the numerous real-estate deals he has on-going on a public servant’s salary and the attempted extortion of a major dialysis provider. VMRO also accused the ruling SDSM party using the epidemic for political gain – such as relaxing restrictions in order to go ahead with quick elections, and using corona inspectors to hound opposition leader Hristijan Mickoski. Filipce, in response, recently tweeted a picture from a VMRO event during which only few participants were wearing masks, even though he remained silent over numerous similar violations on the part of SDSM activists.

Faced with the spiking numbers of deaths and new infections, Filipce also said that he is preparing to put into action a field hospital in the main Skopje clinic, as well as to adapt the Kozle children’s hospital to admit 40 more patients. The large “8th of September” hospital, which already serves as the main coronavirus treatment center, will also have two wards added for he purpose.

Filipce added that the Government is preparing to expand its testing capacity, as much of the public is now forced to pay high prices for tests in private clinics when they display flu like symptoms. The Government is also planning to procure the remdesivir drug.