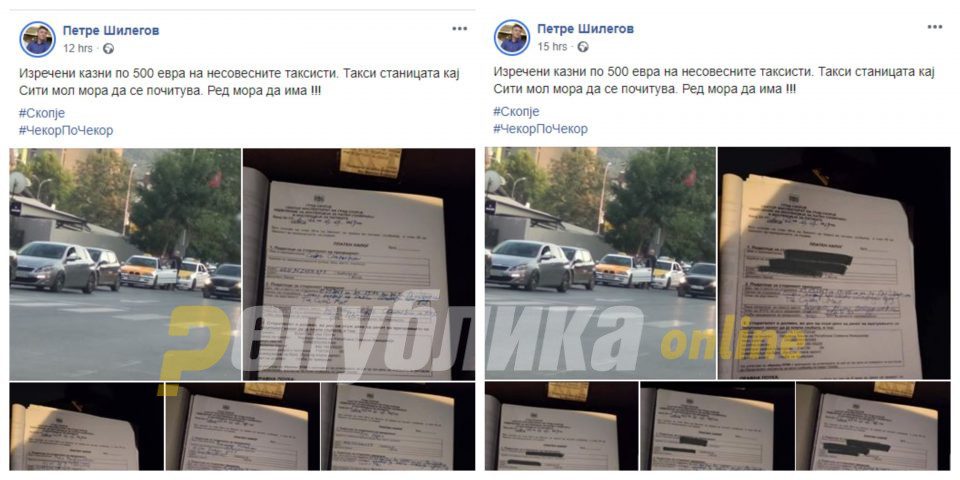 Skopje Mayor Petre Silegov altered his Facebook post, in which he published the fines given to several taxi drivers who were parked illegally, along with the personal information of the drivers.

Silegov gloated yesterday that he had the men fined 500 EUR each for parking outside of the designated area near the Skopje City Mall. The pictures he posted of the fines, which included sensitive personal details and could be used for identity theft, were posted on his Facebook account overnight, and it was only after he was publicly warned that he could go to prison for this that Silegov took down the pictures, and reposted them with the personal information covered up.

Opposition council members in the Skopje city Council told Silegov that what he did also includes a 3.000 EUR fine, and called on him to pay the fines of the taxi drivers instead.