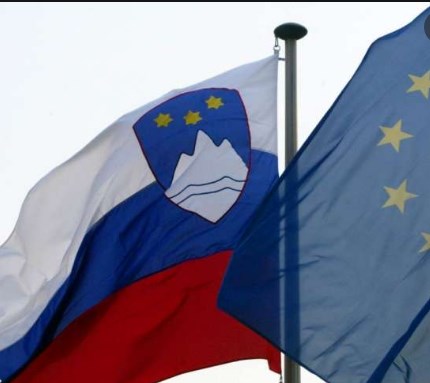 Slovenia takes over the rotating EU Presidency, and with it, a role in the negotiations between Macedonia and Bulgaria.
The Zaev regime is now putting its hopes in the Alpine Republic, even after Zaev and President Stevo Pendarovski were indirectly accusing Slovenian Prime Minister Janez Jansa of having nefarious plans for the Balkans.

Zaev jumped on an unproven media report shared extensively by his socialist allies in Slovenia, that Jansa and his right wing Government were allegedly advocating a redrawing of Balkan borders along ethnic lines, that would obliterate Macedonia. Zaev and Pendarovski were speaking in broad terms about the threat of the “Balkan non-paper” which their political allies attributed to Jansa, while officials from their SDSM party and media outlets loyal to the regime were openly accusing Jansa of trying to break up Macedonia.

With this in mind, Zaev and Pendarovski were insisting that they want a deal during the Portuguese Presidency, which expired yesterday. A secretive proposal from Portugal was promoted as the best chance to get Bulgaria to end its blockade of Macedonia’s EU accession process. But Bulgaria refused to budge, and the proposal itself was revealed to be far more damaging to Macedonia’s national positions than Zaev and Pendarovski said. It apparently includes a clause in which Bulgaria would state that the Macedonian language did not exist prior to 1944 – in line with the Bulgarian position that it is a dialect of the Bulgarian language. Meanwhile, the Macedonian side would support this position by saying that the Macedonian language was officially codified in 1945 – in a statement that would not include a refutation of the Bulgarian position or point to the millennia old evolution of the language.

Portugal’s Secretary of State for EU affairs Ana Paula Zacarias demolished what little momentum was left of the proposal by saying that the dispute “has to do with the North Macedonian language being once part of the Bulgarian language”. This prompted a very angry reaction from Pendarovski, who said that he is relieved the Portuguese Presidency is now over, welcoming the Slovenian Presidency which he was previously warning against.