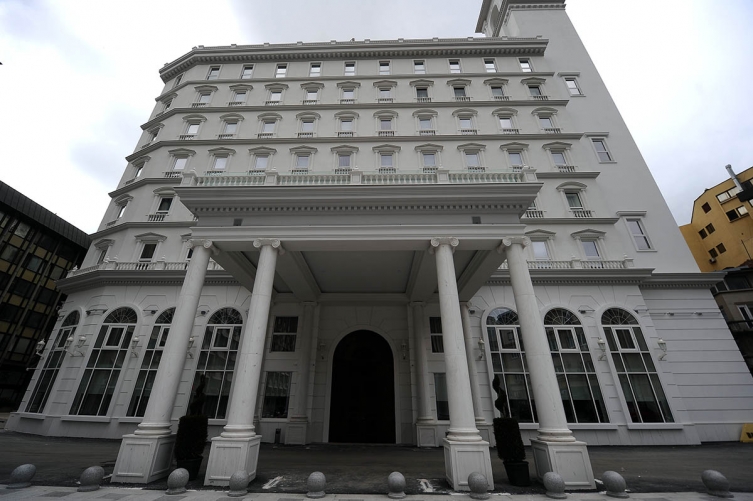 From today’s testimony of the two key witnesses of the Prosecution in the “Talir 1” case, Siljan Micevski and Vladimir Cingovski, it is clear that neither of them confirmed the allegations of the Prosecution with which it charges the defendants. Neither of them confirmed the illegal financing of the party in the period covered by the indictment, ie from 2009 to 2015.

Some media outlets published their statements taken out of context or completely inaccurate and unsaid in court, and published almost nothing of the lawyers’ questions and answers that refute the allegations in the indictment.

Siljan Micevski stated that his private company has existed since 1968 and that over the years he has helped all parties in one way or another and that he still does that today. Asked if anyone pressured him to give funds, he said that no one pressured him and whenever he helped he did it voluntarily. He said that he always worked the same with all parties. In his statement, he did not indicate that he illegally financed VMRO-DPMNE during the period stated in the indictment. Even for the financing of the basketball club MZT, he answered that although he had a suggestion, there was no pressure on him and he voluntarily assessed that he should support the club, and pointed out that in the past and today when other parties are in power he supported sports clubs.

In the part about alleged funds given to Nikola Gruevski, different from what the media reported that he gave them to win tenders, Siljan Micevski said that he left 10 thousand euros not to him, but with Nikola Gruevski, not specifying for whom and it was at the time before the VMRO-DPMNE party came to power, ie when it was in opposition after 2002. Apart from the fact that it is unclear to whom he gave funds, this is not the subject of the accusations in the “Talir 1” case.

In a Facebook post Nikola Gruevski denied that he contacted Siljan Micevski while he was Prime Minister.

Regarding the reports of several media outlets in Macedonia that refer to today’s testimony of the businessman, former mayor of Bitola and former senior official of SDSM – Siljan Micevski in the case dubbed “Talir 1”, I point out the malice of some media outlets and I deny them completely as not true. During today’s testimony of the two witnesses, both did not confirm the allegations in the indictment against the defendants, hence probably the need for some partisan media to present a different picture of their testimony to the public, especially about Siljan Micevski. I never had a meeting or telephone conversation with Siljan Micevski when I was prime minister, nor did I ever suggest him anything or anyone to finance, and I have never asked for or received anything from him, Gruevski wrote on Facebook.

It is interesting that several media outlets reported on the topic obviously dissatisfied with the testimony of this businessman who after the coming to power of SDSM gave 750 thousand to the International Association, a case that is now in court and in which the former vice president of SDSM Frosina Remenski is defendant, decided first selectively inform about the statements of the witnesses and then add statements on their own. A pro-government news portal went so far to add that Siljan Micevski said that he gave 10 thousand euros to Gruevski to win tenders, something that the businessman did not say and is entirely not true as well as several other parts in their reports.

Neither did the second witness, Vladimir Cingovski, a former director of ELEM, confirm any taking or giving money to the party, illegal funding or anything that would support the allegations in the indictment. He said that he passed some documents to the Secretary General, that he never allowed anyone to win a tender illegally, and Siljan Micevski praised Chingovski that in his time all companies were paid correctly and on time and was never asked for money.