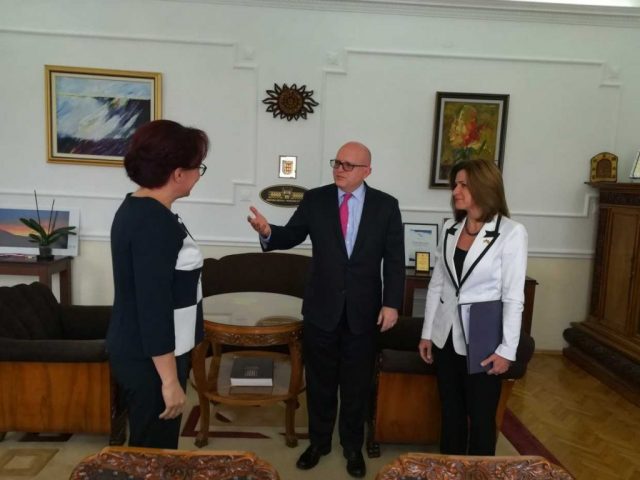 US acting Assistant Secretary of State for Europe and Eurasia Philipo Reeker, who is a former Ambassador to Macedonia, began his visit to the country from Bitola, after he met with Greek political leaders, toured the northern part of the country, where resistance to the imposed name deal is the strongest.

Reeker visits Macedonia at a time when a major corruption scandal, involving Special Prosecutor Katica Janeva who was long the darling of the US and EU diplomats, is deeply affecting the Zaev Government. During his visit, Reeker will meet with Bitola Mayor Natasa Petrovska.

Bitola is believed to be one of the cities where the racketeering group, which allegedly involved Janeva, was operating. According to one media report, the group demanded that a female Mayor of a city hands over publicly owned real-estate to a bogus charity that would then be turned for profit. The Mayor, according to this report, refused the request.