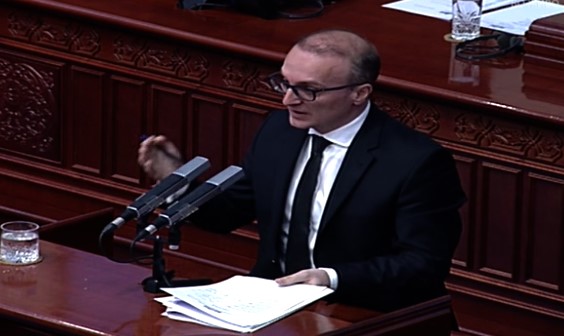 The Embassy of Belarus in Belgrade denied the reports that a businessman from Bitola appealed to it for help after he was being blackmailed by an official of the ruling SDSM party to pay bribes.

The allegation, which paired well with the daily reports of high profile blackmail of businessmen by officials from the Zaev regime and by the Special Prosecutor Katica Janeva, was initially published in a news site, and then VMRO-DPMNE member of Parliament Antonio Milososki raised it during the Parliament question time session yesterday. Milososki asked Zaev if it’s true that the rampant racketeering forced the businessman Borce Markovski, who was reportedly being pressured to pay 250.000 EUR after winning a contract in the state owned REK Bitola power plant, to seek help all from Belarus, which named him its honorary consul in Bitola.

The Embassy of Belarus labeled the questions as fake news and said that no Macedonian businessman has turned to it for such help. The Embassy also said that it will send a diplomatic note to the Macedonain Foreign Ministry over the allegations.

Milososki replied to the Embassy and to Markovski, informing them that five media outlets carried the report and that in Macedonia it is normal that members of Parliament use the question time to ask questions of the Prime Minister on various matters of the day.

It is perfectly legitimate for a member of Parliament to ask questions that concern the public interest, following media reports of alleged racketeering attempts on companies which operate in REK Bitola, Milososki said, demanding an apology from the Embassy for accusing him of spreading “fake news”.