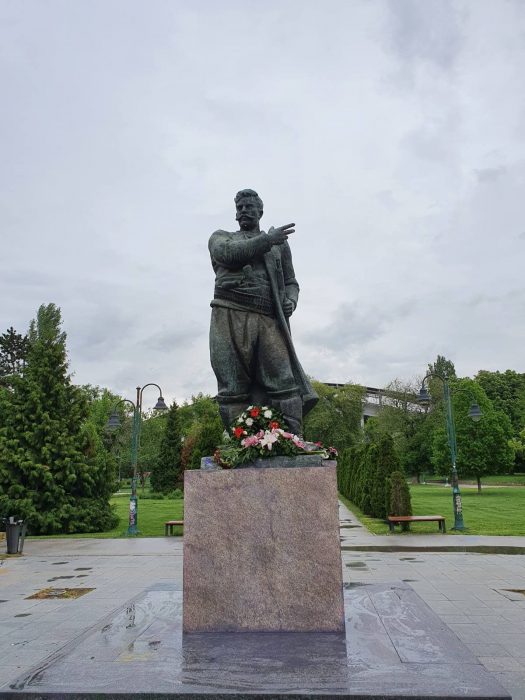 A group of VMRO-DPMNE activists from the party’s youth wing cleaned up the monument to legendary VMRO leader Goce Delcev in Skopje’s central park. The sight of the heavily graffiti covered monument during the honoring of Delcev’s death two days ago sparked public outrage. Many citizens expressed dismay that the monument would be vandalized like that and not be cleaned before the anniversary of the battle of Banica where Delcev was klled by Ottoman forces in 1903. 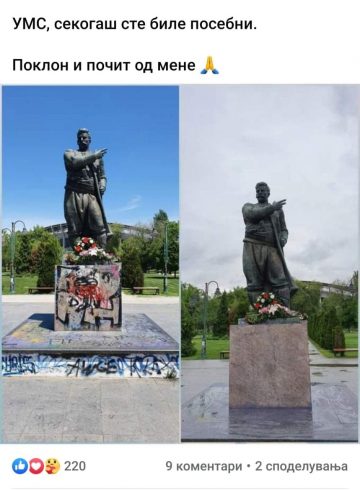 We came to honor his work. We also call on the city council to take better care of the cultural monuments in Skopje. Goce Delcev is one of our greatest heroes and he doesn’t deserve to be neglected, VMRO-DPMNE’s youth wing said in a press release after its activists cleaned the monument.

Delcev is currently the focus of a dispute between Macedonia and Bulgaria, which threatens to veto our EU accession unless Macedonian historians agree that he was an ethnic Bulgarian.