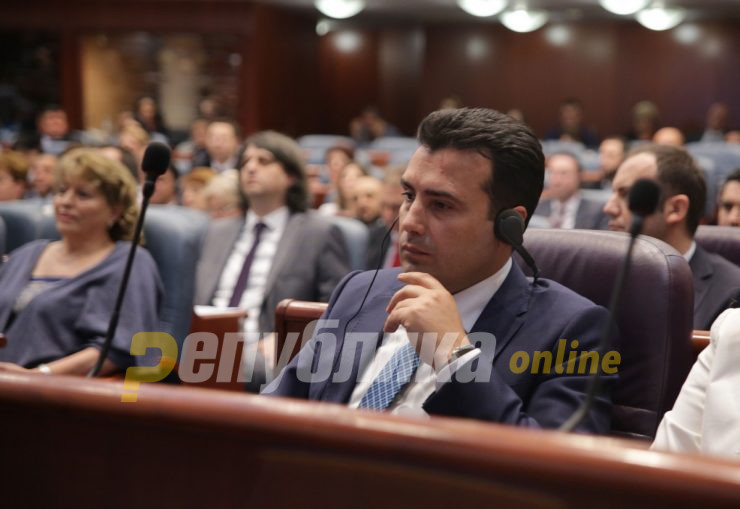 Zoran Zaev withdrew his proposal to nominate himself as Finance Minister, after the opposition VMRO-DPMNE party and the Anti-Corruption Commission declared the proposal as illegal.

The law on prevention of corruption bans top office holders, including the Prime Minister, from assuming other public positions. Zaev intented to remove Dragan Tevdovski as Finance Minister and appoint himself in his stead, declaring that it would lead to better economic results.

The Prime Minister still intends to directly manage the Finance Ministry and will leave the post vacant.

Other changes in the Government are going on as expected. Trajan Dimkovski is nominated as the new Agriculture Ministry, where he takes over from Ljupco Nikoloski. Naser Nuredini is nominated as Environment Minister in the place of Sadula Duraku, who will lead the newly formed Ministry for Political System and Inter-Community Relations. Hisni Ismaili is nominated for the vacated Culture Ministry position and Goran Milevski takes on as Municipal Administration Minister.