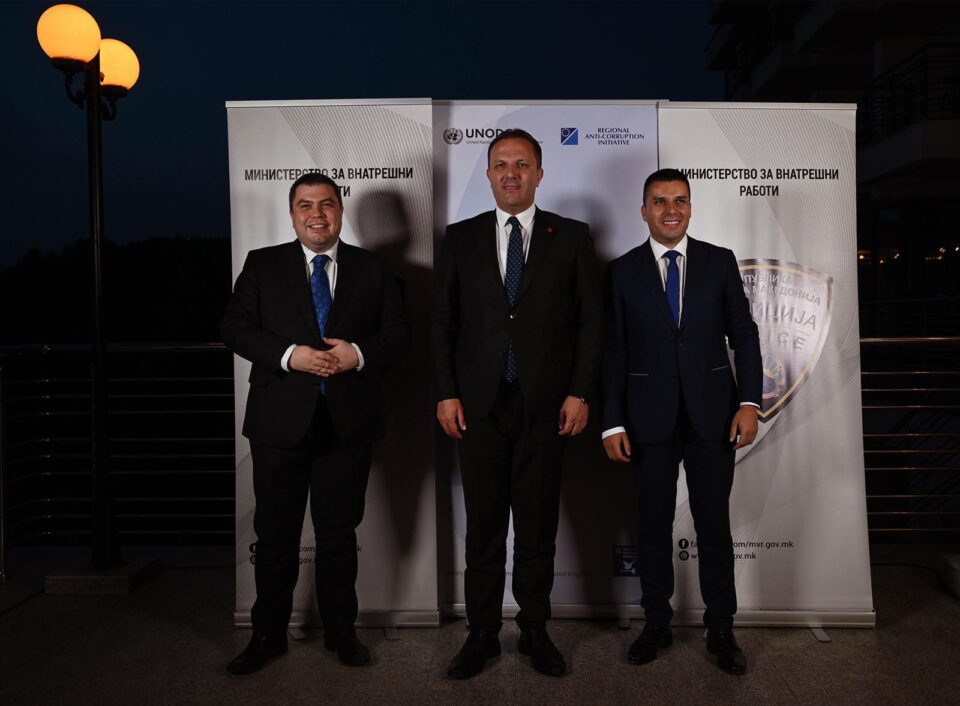 After removing some of the top Zaev people from the party leadership, new SDSM party leader Dimitar Kovacevski has apparently decided to keep them in the Government.

This list includes Interior Minister Oliver Spasovski, who was removed as SDSM Vice President. Spasovski singlehandedly lost SDSM their safest mayoral seat imaginable – Kumanovo – with his feud with Kumanovo Mayor Maksim Dimitrievski who won re-election as an independent candidate. Spasovski is also presiding over a long spike in crime and major corruption cases, including such scandals as the selling of Macedonian passports to drug runners and mafia figures from across the region and the involvement of the police in drug smuggling.

Despite announcements that former Skopje Mayor Petre Silegov will be named new Transportation Minister, Kovacevski apparently plans to keep another Zaev loyalist, Blagoj Bocvarski, in this position. Bocvarski has so far failed to restart work on some key infrastructure projects such as the Kicevo – Ohrid highway and the Gradsko – Prilep motorway, which were initiated by the previous VMRO-DPMNE Government and blocked by Zaev.

A third Zaev loyalist, Ljupco Nikolovski, was removed from the powerful post of SDSM Secretary General by Kovacevski. But, he is now slated to remain in the Government, albeit to the lower position of Agriculture Minister, after being appointed Deputy Prime Minister for fighting corruption under Zaev.

This completes the list of Zaev loyalists who remain in the Government, with the possible addition of Bojan Maricic, who is taking over the unutilized post of Deputy Prime Minister for EU integration, which is being vacated by Nikola Dimitrov.

The rest of the seats SDSM managed to keep in the Government in face of very difficult haggling with its coalition partners, are being taken by less known party officials. Member of Parliament Slavjanka Petrovska will be the next Defense Minister replacing Radmila Sekerinska. Criminal law professor Nikola Tupancevski is taking over the Justice Ministry. Fatmir Bytiqi remains as Deputy Prime Minister for economic development even after he presided over a major energy crisis and a spike in inflation.

Nikolovski post of Deputy Prime Minister charged with fighting corruption is given to little known former member of Parliament Slavica Grkovska. Jovana Trencevska takes over from Jagoda Sahpaska in the Labour and Welfare Ministry. And the new Culture Minister Bisera Kostadinovska – Stojcevska is best known for her stunt in which she went to Parliament for an important vote while Covid positive, wearing a hazmat suit.

The proposed cabinet is supposed to be a compromise between the various factions in SDSM, including those represented by Branko Crvenkovski and Radmila Sekerinska. Crvenkovski’s faction in particular revolted against Zaev, citing his appeasement policies toward Bulgaria as their main reason, and likely contributed to the party’s spectacular defeat in the October local elections.