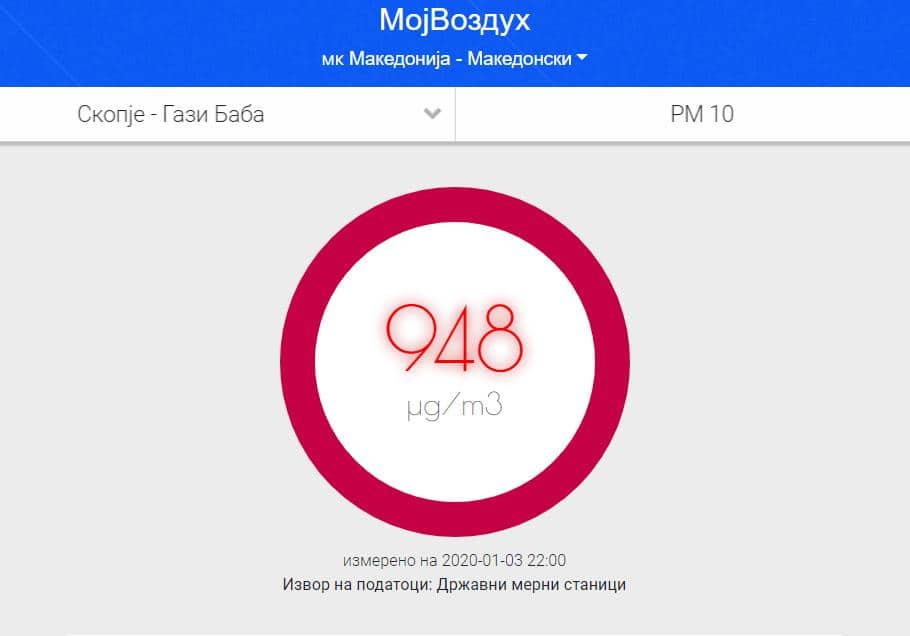 After several days of relatively low air pollution, due to the strong winds, Skopje is again one of the worst polluted cities in the world.

Levels of PM10 particles overnight grew to dramatically high 948 micrograms per cubic meter at the Gazi Baba measuring station. In the near-by Rectorate station, the levels amounted to 581 micrograms. Both readings are between 10 and 20 times above the maximum allowed levels.
Other cities such as Gostivar, Kavadarci, Tetovo and Strumica had between 250 and 370 micrograms. 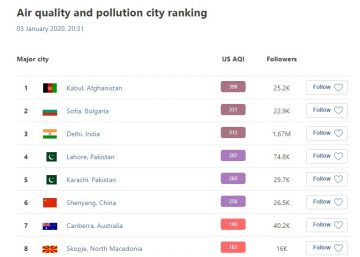 The Air Visual service ranked Skopje as the eight worst polluted city in the world.