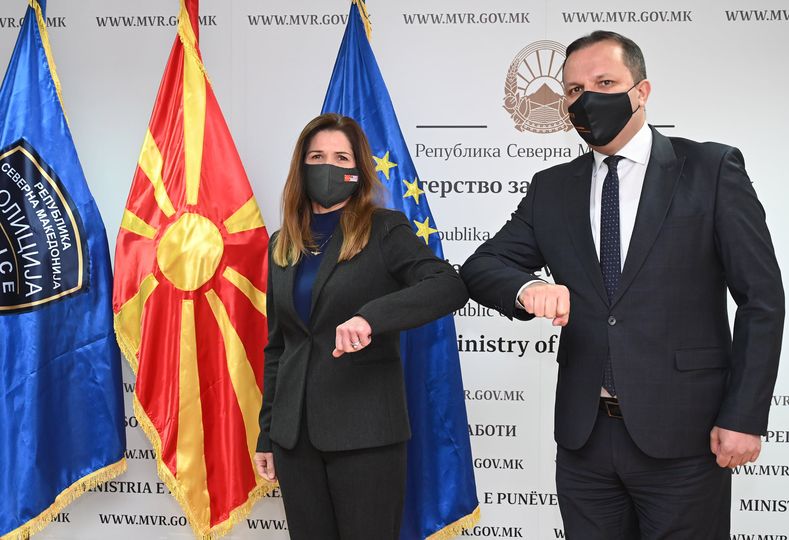 US Ambassador to Macedonia Kate Byrnes met with Interior Minister Oliver Spasovski today, and urged him to act to protect the integrity of the issuing of personal documents. The Ministry is facing a major scandal after the VMRO-DPMNE party revealed that serious regional and international mobsters and ISIS commanders were being issued Macedonian passports under assumed identities for years under the Zaev regime.

While acknowledging the complexity of the passport case and the need to ensure a thorough investigation, the Ambassador also underscored the importance of protecting the integrity of (North) Macedonia’s passport issuance system. The Ambassador and the Minister agreed on the importance of insulating this and other recent cases from politics and ensuring thorough, impartial, and prompt investigations, the Embassy said in its statement.

Spasovski’s response to the revelations was to claim that the Ministry was actually investigating a dozen clerks who were selling passports but did not act even after knowing for the case for years because it wanted to arrest all the clerks and the over 200 recipients of passports. VMRO insists that the claims is ludicrous and that not only low level employees but top Ministry and Government officials were involved in the sale of passports and fake identities to people that include high level mafia money launderers, bosses and hitmen.