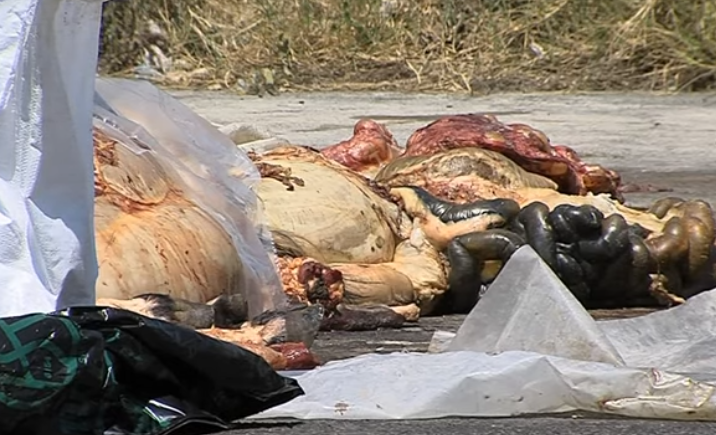 The sight following Kurban Bajram – Eid al Adha Muslim religious holiday, in a number of towns and cities across Macedonia, was the same – body parts strewn in the August heat, in unregulated dump sites close to the homes.

Sitel TV shared pictures and video from the village of Saraj, just west of the capital Skopje, where visitors to lake Treska could see parts of animal carcasses thrown by the side of the road. In Gostivar and Struga, the left-overs were thrown in ordinary trash containers and in one case, near a children’s playground.

The Muslim holiday includes the slaughter of numerous heads of cattle, who are then prepared for a feast and often given to the poor, but the way in which the oxen and sheep are slaughtered is often far from sanitary.