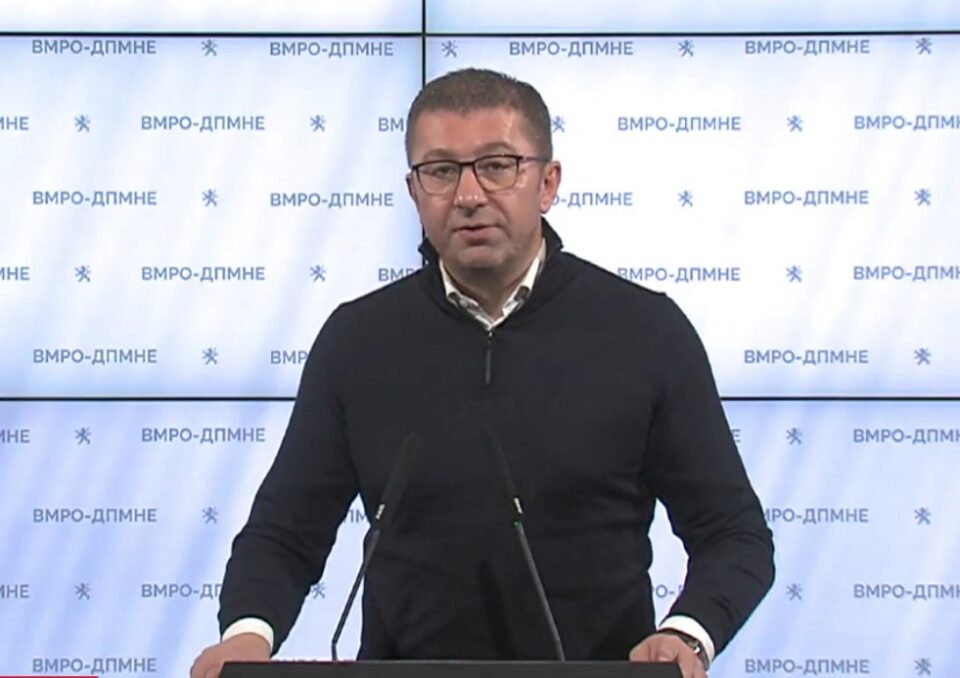 VMRO-DPMNE President Hristijan Mickoski called for the creation of a technical Government in February and early general elections in May, in light of the failure of the Zaev Government to secure the opening of EU accession talks despite all its concessions on national identity issues. Bulgaria vetoed Macedonia again at the European Council that is now taking place.

It’s been five years since this Government started promising us a European future, and we remain stuck in the dispute with our Eastern neighbor. It’s been three years since the Prespa Treaty and we haven’t moved an inch toward European levels of healthcare, high education, open borders with th EU countries. Four years since Zaev and his ministers lied to us that they have secured a date to open accession talks. Macedonia is stuck in a completely irrational, newly created and real dispute, and it’s getting worse by the day, Mickoski said.

Mickoski said that the newly appointed Bulgarian Prime Minister Kiril Petkov and his demand for six months of negotiations on various issues could only add new problems to the dispute. He pointed to the fact that claims from Bulgarian nationalist politicians, one of them speaking at the European Parliament, that “Macedonia is the second Bulgarian state in the Balkans”, are left unopposed by the Zaev Government.

We are enduring a complete failure in the area of Euro-integrations. There is no room for optimism about the EU while SDSM and DUI are in power. Not to mention that the economy has never done worse and that Macedonia is already in the red zone in terms of our expanding debt. I want to be clear, I’m not saying that elections are the best solution, but given that we have serious problems, and we have no chance to hope that this Government will turn things around, early elections could be the only solution to this all-encompassing crisis. That is why we call for the creation of a technical Government in February or March and early general elections in May or June, Mickoski said.

The opposition leader added that this would be a good opportunity for the newly elected SDSM party leader Dimitar Kovacevski to test his political legitimacy, after taking over the party as a little known telecom executive and second echelon Government official.