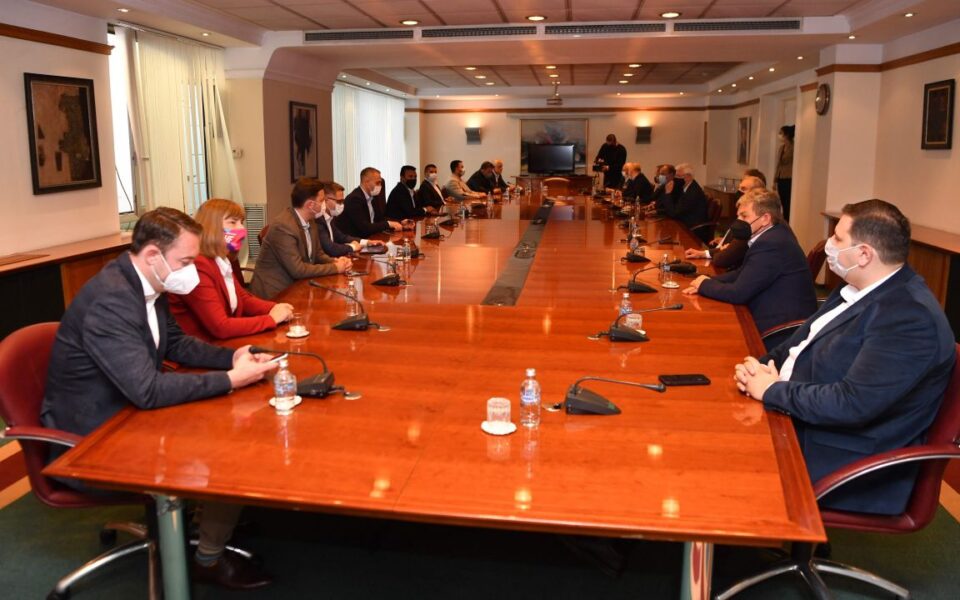 The deal Zoran Zaev reached with Afrim Gashi from the Alternative party to get their support for the fledging SDSM led coalition raised eyebrows in Macedonia for the scale of the concessions Zaev made, especially among Zaev’s other, older partners.

Pavle Trajanov, leader of the DS party and one of the minor coalition partners of SDSM in the Parliament, protested Zaev’s deal with the Alternative party. According to Trajanov, the ethnic balance in the Government is all out of proportion. Desperate to gain the support of the ethnic Albanian Alternative party and its four votes in Parliament to reclaim a slim majority, Zaev gave them the important Healthcare Ministry and sacrificed his personal friend Venko Filipce, and a newly created department of the diaspora. The Alternative will gain the Information Technology and Public Administration from the also Albanian DUI party and DUI will get the Agriculture Ministry in return, which was vacated when the BESA party left the Government.

Trajanov was speaking mainly about the inter-ethnic angle. One of the Deputy Prime Minister seats SDSM holds is held by an ethnic Albanian, and one department – by a Serb. This means that if this cabinet is approved, there will likely be ten ethnic Macedonians in the Government including Zaev or his successor (9 from SDSM and one from LDP) against ten ethnic Albanians. Any more concessions from SDSM, and ethnic Macedonians could end up in the minority in the Government.

We could end up with a Government that has more ethnic Albanians than it has ethnic Macedonians. That is disturbing the ethnic balance provided in the 2001 Ohrid Framework Agreement, Trajanov said. 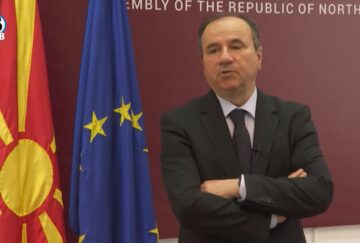 Trajanov is meeting with Zaev this evening, along with the other smaller coalition partners, to discuss the details of the coalition agreement Zaev made with the Alternative. Other coalition partners, especially the LDP and DOM parties which already ran a separate campaign, independent from SDSM, in the local elections, said that they were “not informed” about the deal with the Alternative before it was publicly announced. LPD, DOM and Trajanov’s DS together also have four seats in Parliament, as many as the Alternative party, and yet have nowhere near the same influence in the executive. There is still no indication whether the small parties, that add about a dozen of SDSM’s total 44 seats in Parliament, will possibly rebel and reject the deal with the Alternative, or demand a greater share for themselves. It’s possible that Zaev will try to create new departments, like the Diaspora Ministry he is creating for the Alternative, to satisfy the other smaller partners.

The Ohrid treaty provided for a fair representation of ethnic Albanians in the public administration, at the level of about 25 percent, that was determined by the 2002 census, where the Macedonians were about 65 percent. In Parliament, ethnic Albanians hold about 30 seats out of 120. And still, due to Zaev’s SDSM party persistently losing the votes of ethnic Macedonians, and clinging on to power using the instruments of the state, persecution of the opposition and the support of the Albanian parties, the executive is about to reflect an even division between the two main ethnic groups in the country.

Zaev’s 2020 deal with Ali Ahmeti’s DUI party already contained a number of never before seen concessions to Albanian parties. Zaev gave DUI a newly created position of First Deputy Prime Minister, with virtual veto power, and for the first time, ethnic Albanians were named to two of the three big departments – the group includes Interior Affairs, Foreign Affairs and Finance – which are almost never given away by the winning Macedonian party to its Albanian coalition partner. Zaev gave two of them at once – Foreign Affairs and Finance. He also agreed to be replaced by an ethnic Albanian Prime Minister – another first for Macedonia – in the last 100 days of the term of the Government.

Did they give up on them too?: Radev welcomed Kovacevski, Osmani and Grubi with photos of the Miladinov Brothers