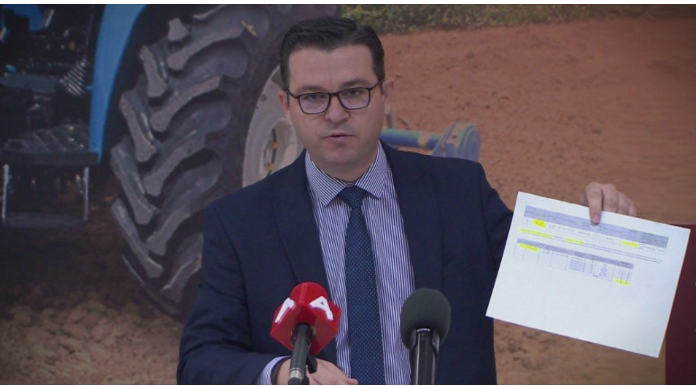 Interim Deputy Agriculture Minister Cvetan Tripunovski revealed evidence of abuse in the department. Tripunovski pointed out that publicly owned farmland in the region of Sveti Nikole was loaned to the wives of local SDSM party officials, and allowed them to keep using it even after they would not evn pay the lease.

Triunovski said that the scheme involved the wives of the head of the Sveti Nikole branch of the Agriculture Ministry, as well as the wife of the Mayor of Lozovo, who was given public farmland near Sveti Nikole. The Mayor is currently in the news after verbally assaulting a cleaning lady, and had to make amends in the public by offering the star of the Oscar nominated Honeyland movie a similar job.

Tripunovski said that after the two officials were delinquent on their lease, the Ministry is not cancelling the contracts and is not even asking to collect an interest on the owed payments.

In other cases where farmers who loaned public land would be late with their payments, Minister Trajan Dimkovski held public press conferences to reveal that he has broken their lease. But in these cases the Ministry is not even asking for a late payment fee, Tripunovski said.