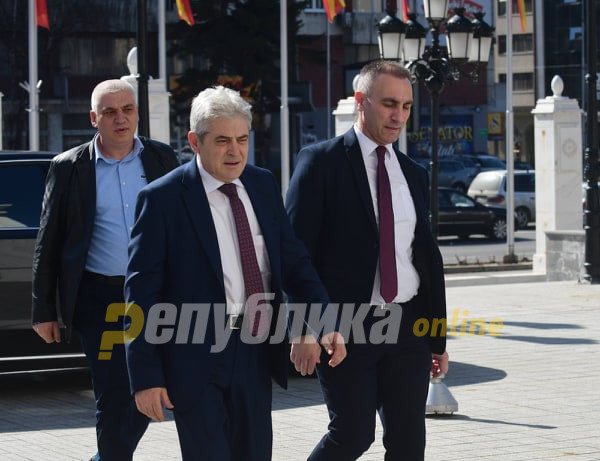 DUI party leader Ali Ahmeti confirmed that it is possible to have an unprecedented situation where one of his own members of Parliament challenges the Government.

Izet Mexhiti, the former Mayor of Cair, has from the start opposed the appointment of two key DUI officials in the Government – the First Deputy Prime Minister Artan Grubi and the Foreign Minister Bujar Osmani. Mexhiti was eventually placated enough and he agreed to vote for the Government formed by the SDSM – DUI – BESA coalition, but now it is rumored that he may call for the removal of his Skopje party branch rivals Grubi and Osmani.

Why not, this is a democracy, Ahmeti told the press when asked about this possibility. Ahmeti insisted that even if Mexhiti does so, he will still have a place in DUI, but also added that he doesn’t expect anybody from DUI, including Mexhiti, to vote in favor of the removal of the two minister.

The coalition has only 62 votes in the 120 seat Parliament and can’t afford to lose more than one vote.