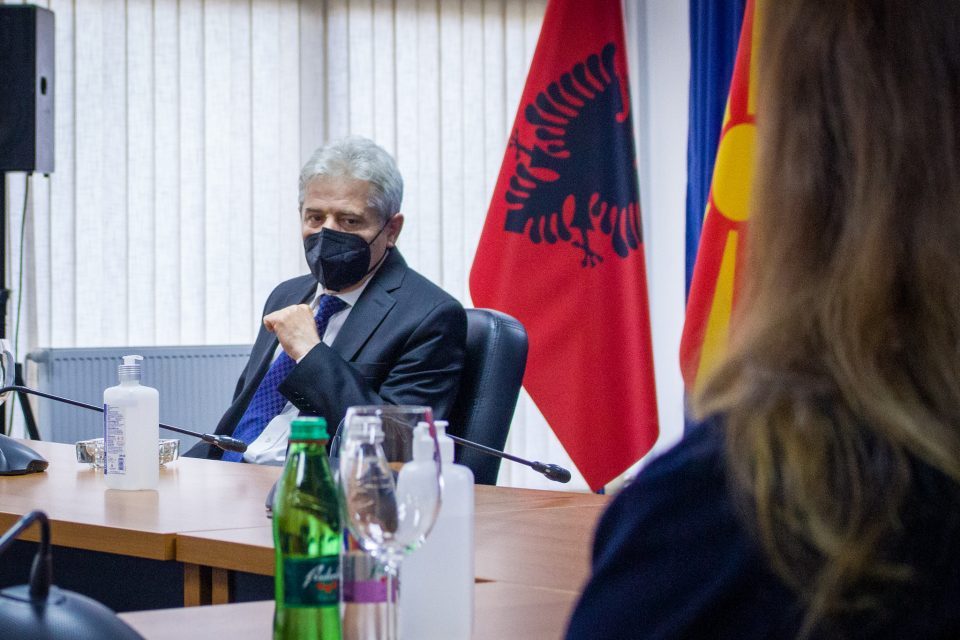 The political developments in the country, the pandemic, the local elections and the population census were topics discussed today by DUI President Ali Ahmeti and the British Ambassador to Macedonia, Rachel Galloway, informs DUI.

Ahmeti and the British Ambassador in Skopje also discussed the open issue with Bulgaria as an obstacle to the country’s integration path. The good-neighborly agreement is the basis for overcoming the unreasonable and imposed dispute, the party said.

Ahmeti and Galloway also exchanged views on the current political developments in the country, the dialogue between the government and the opposition, but also on dealing with the pandemic.

Relations in the coalition are stable and the government program is being implemented, while a dialogue has already been established with the opposition parties and we are trying to include them in the process, the ruling party said in a statement.

The census, postponed until the end of September, was also discussed at the meeting and Ahmeti urged diaspora to continue registering online.

They also talked about the local elections that are expected to be held later this year. Ahmeti also mentioned the preparations that are being made in order to complete the current projects and to prepare a competitive offer for each municipality. The DUI leader promised that the reforms that benefit the citizens and the state will continue in coordination with the European Union.

Ambassador Galloway stressed that the United Kingdom will continue to support the Republic of Macedonia in order to implement all necessary reforms and thus achieve its strategic goal and become part of the European Union.

Ademi: I do not know what the surprise will be, only Ahmeti knows