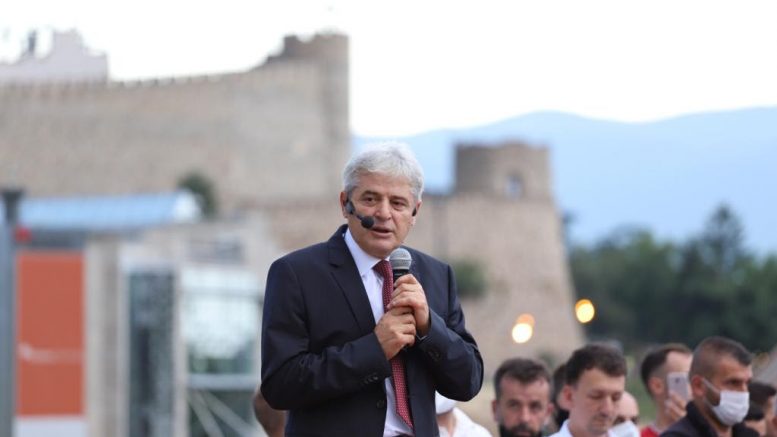 Red lines have been drawn for everyone trying to annul or deny the Ohrid Accord, the Prespa Agreement and the Friendship Treaty with Bulgaria, DUI leader Ali Ahmeti told an election rally in Struga on Tuesday evening.

In his speech, Ahmeti said there were people who were skeptical of DUI’s ideas and people who didn’t believe they could have achievements.

You all know that the Albanians had been dreaming of Skanderbeg being in a small portion of this country. If you had asked anybody 30 years ago whether a monument of our national hero could be erected in downtown Skopje, they would have told you that you had lost your mind,” Ahmeti said, also mentioning the monuments of Isa Boletini and Hasan Prishtina in Skopje. Albanian PM is not possible? Why not? No one can seem to know how to answer it, but they are terrified of the idea,” the DUI leader told the citizens in Struga.

Ahmeti: There is no discord in DUI, the parliamentary majority is stable