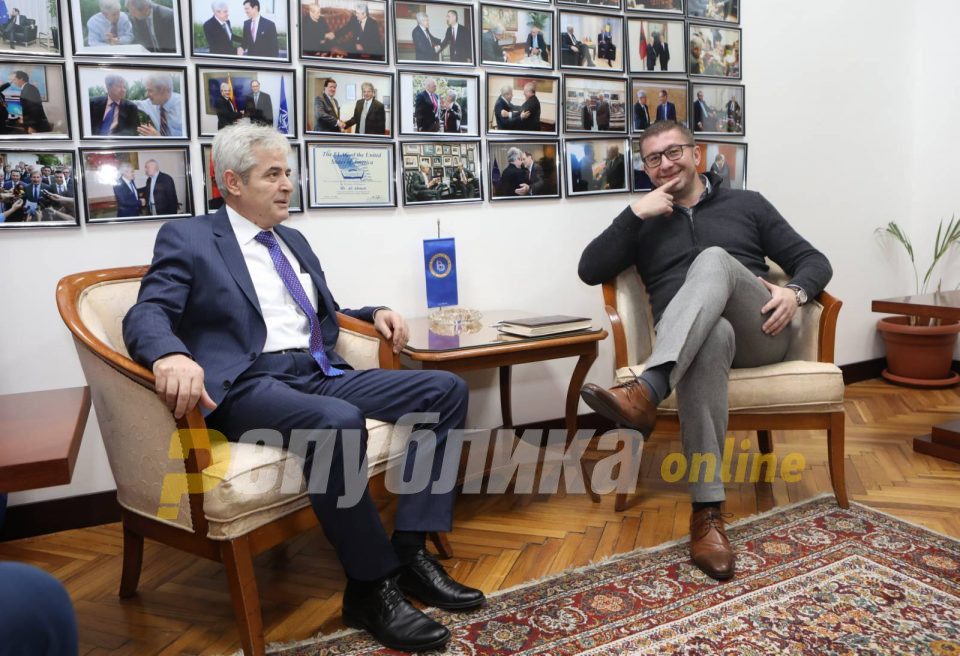 We are not concerned about the situation with the opposition. For us, the priority is the state, not the party interests – to solve the problem with Bulgaria, for the country to function normally, said DUI leader Ali Ahmeti on Sunday prior to holding of the party’s general council meeting in Tetovo.

As Ahmeti said, DUI is open for talks with all those who are pro-EU and NATO, but there is no communication, nor will there be with those who nurture anti-NATO, anti-EU and anti-Albanian philosophy.

According to Ahmeti, it is democratic for someone to have a majority of 61 MPs, but that strategy, concept and initiative is a completely different.

When asked by a journalist whether it is true that DUI MPs will increase the majority of Hristijan Mickoski, Ahmeti said that this is fake news and that DUI is complete.

The current political developments will be analyzed at the meeting, and the goal is how to preserve the normal situation in the country. DUI is a party with great credibility and priority. It always puts state interests before party interests. State interests are a priority and that is the most important thing. Let’s solve the problem with Bulgaria, let the state function in a normal state. We are not worried about the situation with the opposition, Ahmeti said before the meeting.