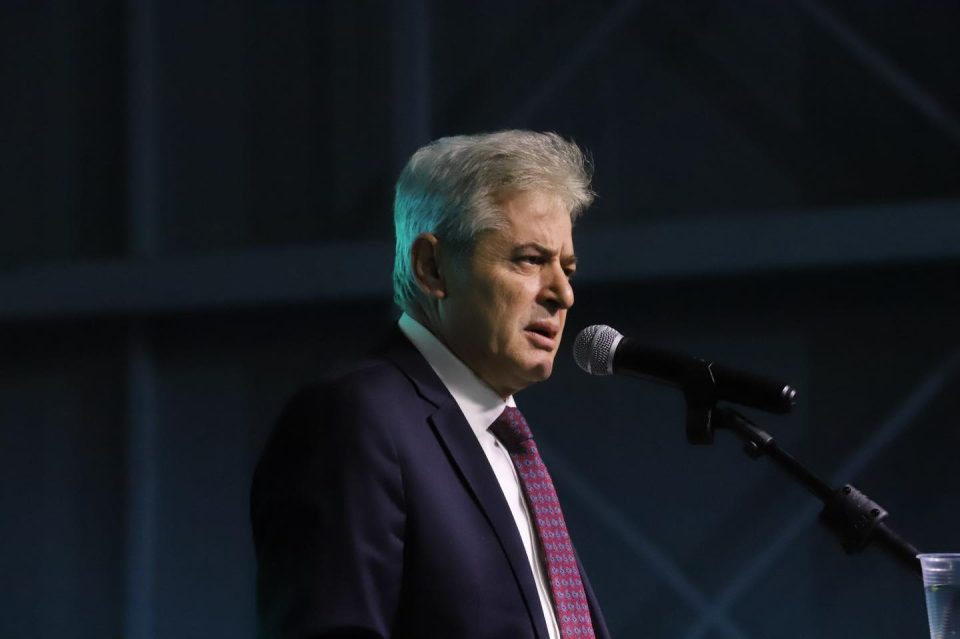 There’s no need to hold early election, but the country must resolve issues, DUI leader Ali Ahmeti said during an end-of-year meeting with reporters on Monday.

Regarding the dispute with Bulgaria, Ahmeti says that if we want to have a stable situation, sustainable and advanced in the direction of Euro-Atlantic processes, it is necessary to settle the differences we have with the Bulgarian side regarding the Good Neighborly Agreement.

I believe the gap is being bridged. So far, there were difficulties that Bulgaria was facing, with the elections, with the delay in the formation of the new Government and the Parliament. Our international partners who are interested in the functioning of peace, stability and security in the Western Balkans and especially in our country have helped us bridge the gap. I hope that this issue will be resolved in the coming days or months, but on the condition that neither our nor the Bulgarian authorities politicize and involve emotions because it is a topic that is in itself an emotional issue, said Ahmeti.

Ahmeti: Albanians make up 29.5% in general population and 24.3% in resident population, congratulations to all!