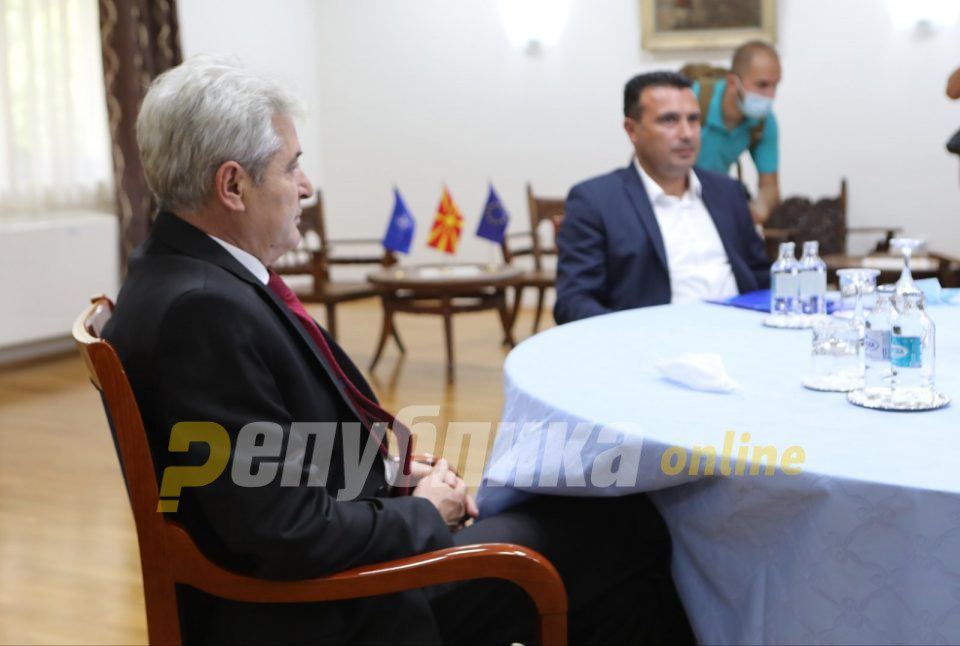 Speaking with TV21 DUI party leader Ali Ahmeti said that he achieved his goal of having an ethnic Albanian Prime Minister and that the agreement with SDSM will be respected no matter how long or short lived their new Government is.

Ahmeti and SDSM leader Zoran Zaev agreed to have an Albanian appointed Prime Minister in the last 100 days of the coalition. Ahmeti added that he decided to remain in coalition with SDSM and not seek a coalition with VMRO-DPMNE because “he achieved so much with SDMS in the first term”. He was referring to the imposed name change of the country and the law to make Macedonia fully bilingual, way beyond the agreement reached in the 2001 Ohrid peace treaty.

Ahmeti also said that the first thing Zaev did when they met after the elections was to apologize to him. The two parties exchanged harsh words during the campaign, as they were both courting the ethnic Albanian vote – Ahmeti being far more successful in the process. “He apologized for all his insults toward the Albanians”, Ahmeti said. Zaev insisted that DUI and Ahmeti are criminals and that he will have them sent to the opposition for the next four years.