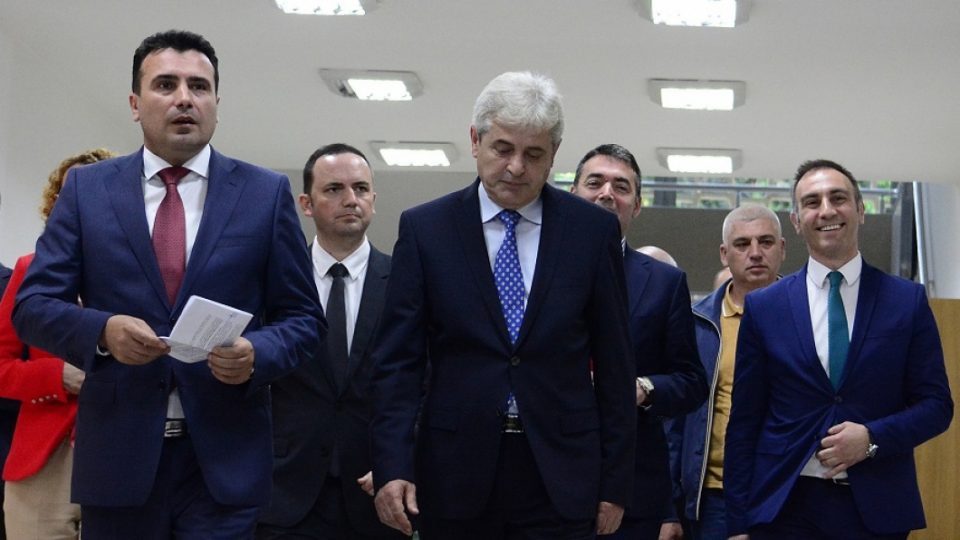 DUI party leader Ali Ahmeti said that he will stand with the ethnic Macedonian citizens who face pressure on their national identity, and urges as resolution to the dispute with Bulgaria as soon as possible.

In this situation we of course will show solidarity with our Macedonian fellow citizens. We’ve never had a dispute with them, about their language or history, since our fates were the same, our occupiers were the same and our sacrifices were shared. We were liberated together. We want a solution as soon as possible, not under the influence of emotions, without folklore, but rational and reasonable and quick. I hope that the Bulgarian side, which has contributed and affirmed our universal values and our membership in NATO will also show a high level of rationality to overcome the current differences in the opening of accession talks with the EU, Ahmeti said.

Asked about the splintering of his SDSM coalition partner, and the faction apparently developing in his own DUI party, Ahmeti said that all DUI members jointly arrived to the celebration of the Albanian flag day today, and that he also welcomes the attempt by the opposition to push a vote of no confidence in the Government.