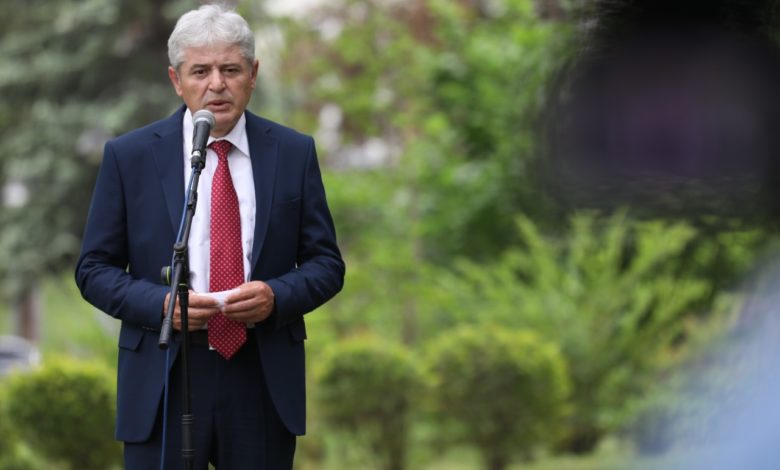 During his speech in front of the citizens of Kumanovo on Wednesday, DUI leader Ali Ahmeti said that he was concerned by the Macedonian politicians, but also by the presidents of the Albanian political parties who reacted to the idea of Albanian Prime Minister in Macedonia.

Instead of rejoicing, others are upset and disappointed. We know that when others are upset they are in big trouble, but they do not need to worry because the Albanian PM will increase the loyalty of Albanians in the state, the country’s integrity and sovereignty will strengthen. We do not want something that is not ours, but our part that we have spilled blood for, said Ahmeti.

He expressed concern from the reactions of Macedonian politicians, but also leaders of parties of ethnic Albanians regarding their idea.

Our fellow Macedonians disappointed me because they were immediately afraid of this idea, saying an Albanian cannot be a prime minister of North Macedonia. Our fathers and grandfathers have left us our land and no one can deny this legitimate right. Nothing bad has happened to this country when an Albanian became a Parliament Speaker, Defense Minister, Minister of Interior, Supreme Court President. On the contrary, processes are moving forward. Europe is a continent of diversities, added Ahmeti.

According to him, the country’s EU membership should result from deep reforms in the rule of law, accompanied by vetting in the judiciary, fight against crime and corruption, adding “an Albanian PM can do all that.”

Naser Ziberi should be the next prime minister, Ahmeti tells Kosovo’s T7