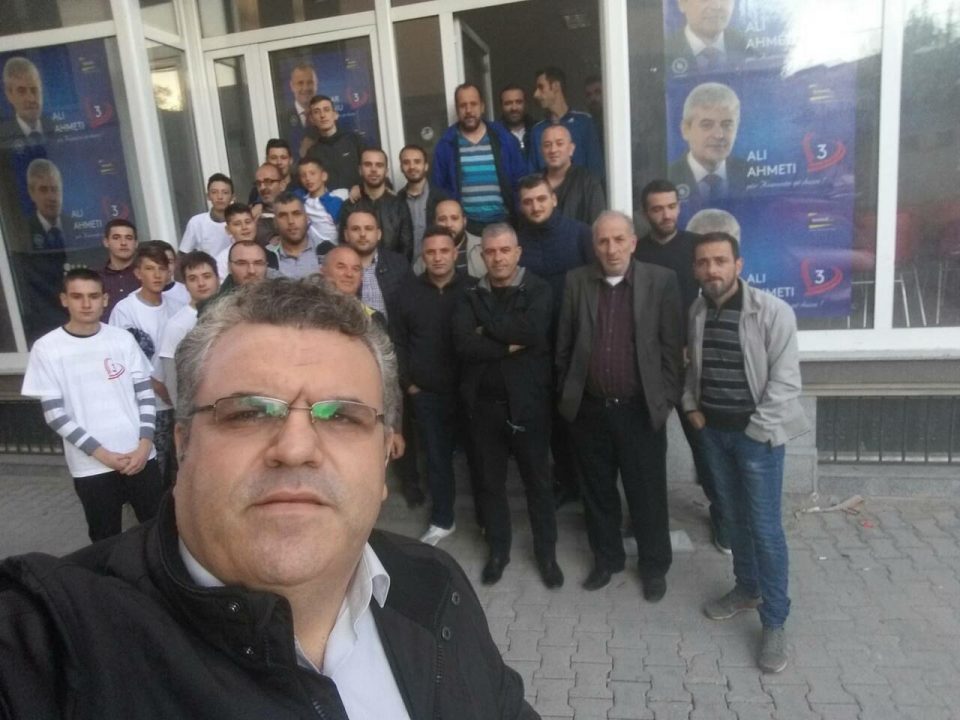 Ilmi Selami, the DUI party official who is co-chairman of the Statistics Bureau and has veto power over the coming census, said that Bureau chairman Apostol Simovski (appointed by the SDSM party) is wrong when he said that emigrants can’t report their ethnic and religious background.

The ethnic share of the population is the key divisive issue in the census. DUI insisted that the large Albanian diaspora is counted as actual residents and Selami’s role is to make sure every ethnic Albanian citizen is counted on the list of residents. For this purpose, emigrants can have their kin or friends give their personal information.

But Simovski is now raising the issue of having someone else declare deeply private information such as a citizen’s national identity and religious affiliation. Simovski said that those who are absent can’t appoint someone to state these identity details for them. Selami quickly took to the TV stations to protest.

I don’t know what director Simovski meant to say, but I know that he is wrong. There is nothing in the law or our methodology to prevent this. There is a general clause in the law that citizens can have someone else give their details to the census workers for them. This includes the citizen’s identification number but also everything else that is reported in the census, Selami said.

Under the controversial census law, Selami has the right to veto every decision made by Simovski. DUI badly needs to have the Albanian share of the population reported over 20 percent (to maintain preferential voting powers in the Parliament under the 2001 Ohrid peace treaty) and possibly over 25 percent (the share reported in the 2002 census – as anything below that would open DUI to attacks that it couldn’t reverse the emigration of Albanians from Macedonia). Having a broad census that will include emigrants will also help DUI and other Albanian parties electorally, as some Albanian majority areas have a chronic issue with ballot stuffing.