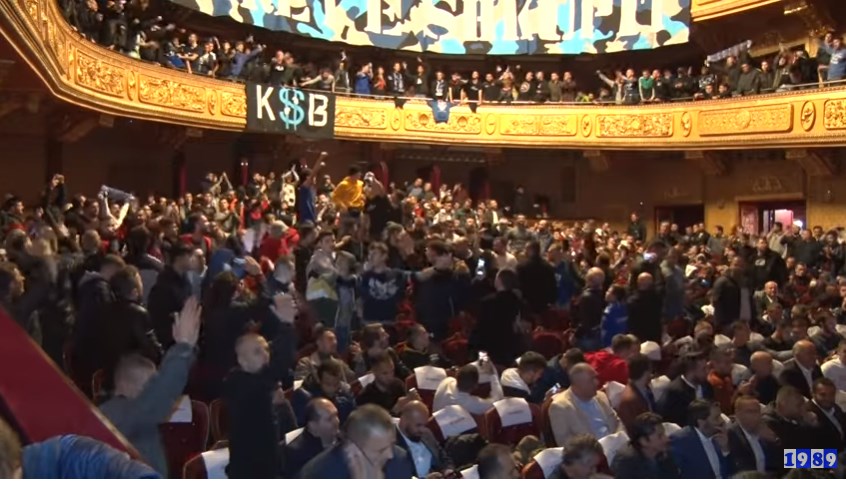 A shocking video has emerged from Friday’s “celebration” of the Shverceri (smugglers) football group in the Macedonian National Theater. Someone at the theater had the bright idea to allow the nationalist Albanian group, associated with frequent assaults and the murder of a young Macedonian football fan in 2018 to stage an event in the prestigious, recently rebuilt theater. 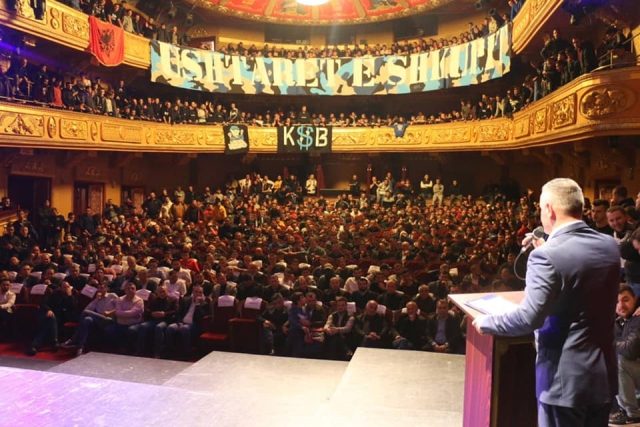 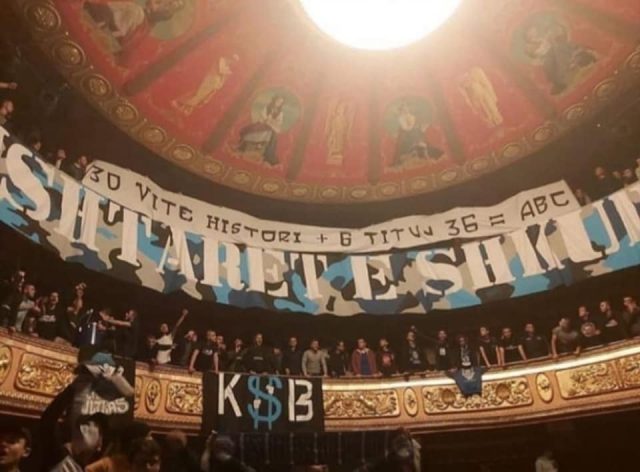 Shverceri filmed themselves as they are jumping all over the theater, howling and shouting nationalist chants, while announcers are trying to get on with the program.

The shocking event included the Mayor of Cair, Visar Ganiu, from the DUI party, who was a coach of the Shkupi team, which “the smugglers” primarily support.

Shverceri claim they didn’t damage the MNT theater, and Vardar’s Komiti demand that they be allowed to celebrate there as well