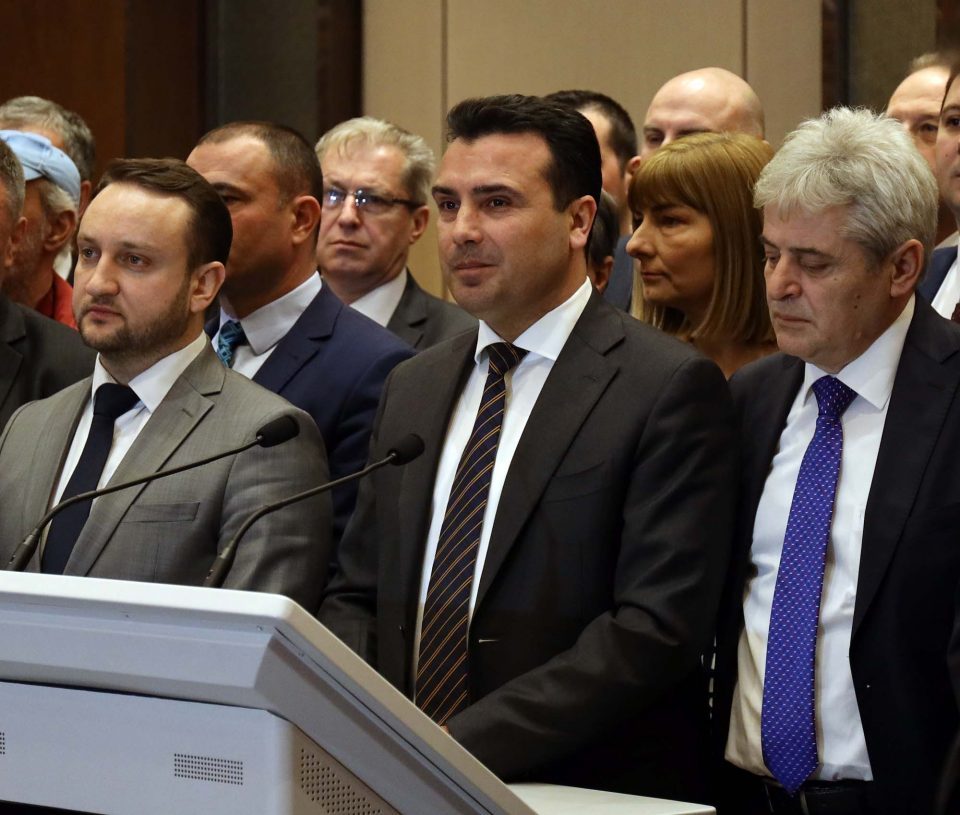 As part of the Albanian Spring movement, which unites opposition Albanian leaders from Macedonia and Kosovo, a number of activists and politicians met in Skopje today. During the conference, Gostivar Mayor Arben Taravari said that the next elections will bring change.

You say that there is no improvement in the country, but at the next elections, in April, May, October at the latest, we will definitely see change, said Taravari whose Alliance of Albanians party is working together with Kosovan NGO groups and the Self-Determination movement as Kosovo goes to the polls as well.

In Macedonia the movement goes under the name “Don’t you 20% me” referring to the constitutional clauses which give additional minority rights to a group that constitutes 20 percent of the population. Politicians from this movement demand that Albanians are named as the recipients of these rights, making Macedonia a fully binational country.

Former DPA member of Parliament Bekim Qoku said that nothing has changed for the better under Zoran Zaev, despite the lofty promises.

It was claimed that Zaev will make fundamental changes in all areas. He replaced the people, some of the people, but the system, the way of governance remained the same. It is even worse, as we look at the exodus, the flight of people from Macedonia going on under Zaev, Qoku said.