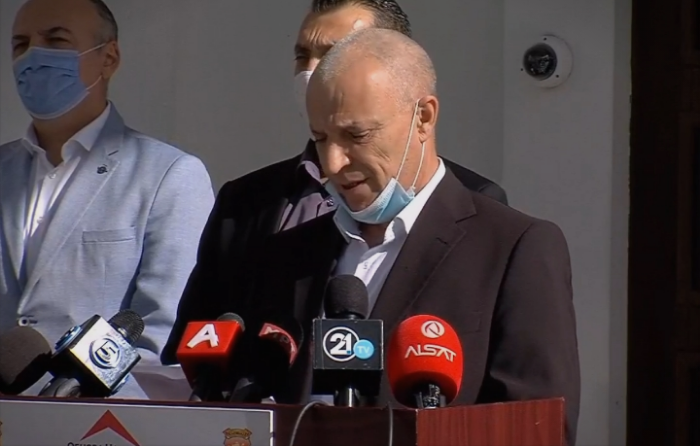 Today, part of the leadership of the FroDem party was officially joined opposition party VMRO-DPMNE.

FroDem’s Ljupco Aleksovski said Saturday that in VMRO-DPMNE, FroDem came across a fraternal understanding of key challenges that VMRO-DPMNE and the state should face, and for that purpose through this joint action FroDem will contribute to the democratization process and the victory at the next elections.

The current leadership of VMRO-DPMNE, the President of the Executive Committee and the Central Committee have shown courage and virtue to change in the statute in order to democratize the party, a topic that the other political parties avoid. During the talks with the leadership of the party, FroDem came across a fraternal understanding on subjects that are currently a challenge for VMRO-DPMNE and the state. Therefore, together we decided FroDem to be incorporated in the party in order to give its contribution in the process of democratization, as well as in the fight for victory in the next elections, added Aleksovski.