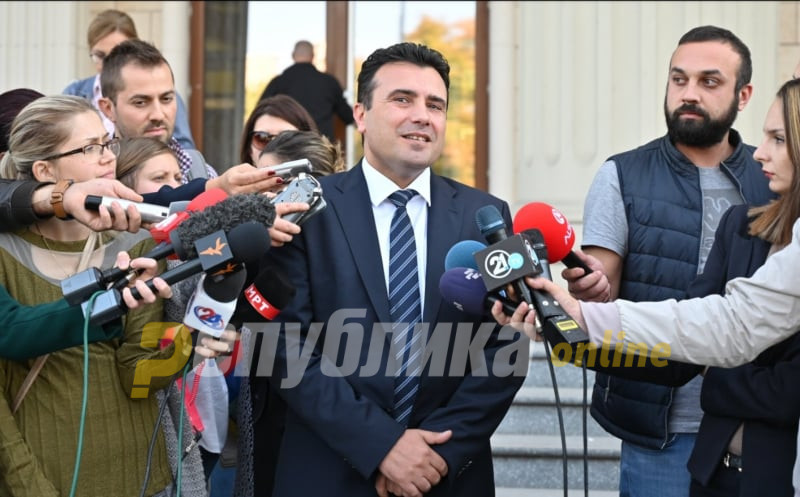 How much does the former SPO mean to the outgoing prime minister, when he at all costs finds justification for all the mistakes, abuses, broken principles at the institution, analyzes “Alfa”, adding that despite angry reactions from the public shocked by the huge amount of bonuses the prosecutors awarded themselves, the outgoing prime minister said it was not a “drama” and that he would not allow the dignity of, as he says, the institutions of the system to be destroyed.

Payments of 1000 euros, 1500 euros must not be some I do not know what kind of drama. The Prime Minister gets 84,000 MKD salary, the MPs get 100,000 MKD along with travel expenses, when you calculate it is 18,000 EUR per year. For four years it is 75,000 euros and you will get drama from here. Professional staff are employed there. There are 10 special prosecutors out there who put their heads at risk, the outgoing prime minister said at a parliament session on Thursday.

But two years ago, when it became known that members of the SEC after the election had awarded themselves a bonus of four of their salaries, the same prime minister demanded their resignations and saluted their decision to return the bonus money as a moral act, “Alfa” reminds.

These are exceptional professionals who played a serious role in a serious time and finished it professionally. The decision they made I know is legal but probably unethical and immoral. I salute the act everyone did, which is to give the money back into the budget, while at the same time assumed personal responsibility as a moral step, probably because of public criticism, he said on December 11, 2017.

Although both the expert public and the citizens have been reacting, the SPO prosecutors for the time being, have no intention of returning the money or resigning. On the contrary, they think it was normal and that their tens of thousands of euros in bonuses annually were similar to MPs’ travel expenses.

Public prosecutor Ljubomir Joveski said on Thursday that it was illogical for the special prosecution staff to receive such huge bonuses, even twice on the same grounds.

Unofficially, however, it is learned that Janeva has obliged everyone in the SPO to sign an internal Confidentiality Rulebook that none of the private conversations contained in the “bombs” should be made public. If they violate what is provided in this Rulebook as a safeguard mechanism, they will need to return the confidentiality money.