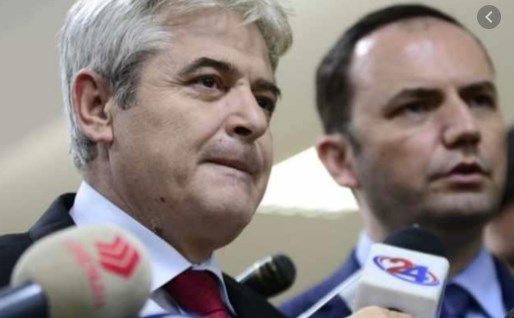 During the hearing in the Good Friday massacre trial today, it was announced that at the next hearing the court will have DUI party leader Ali Ahmeti as a witness.

Also invited is Deputy Prime Minister Bujar Osmani, but it’s unclear whether he will be available on Friday, when the next hearing is scheduled. Today, former Interior Minister Gordana Jankuloska testified in the trial. She described how she was informed about the Islamist murder of five ethnic Macedonians, four of them barely adult boys, and the procedures she undertook to investigate the case. Jankuloska said that the Interior Ministry received a large number of speculations and rumors during the initial stage of investigation. Prosecutor Fatime Fetai asked Jankuloska to about a report that was shared by then security chief Saso Mijalkov.

The case is being re-tried under pressure from former Prime Minister Zoran Zaev, who insisted for years that he has fresh, new evidence that will show the massacre in a different light – blaming the then ruling VMRO-DPMNE party for the killings. Zaev testified earlier this month and for the first time acknowldged that he has no new evidence to offer.