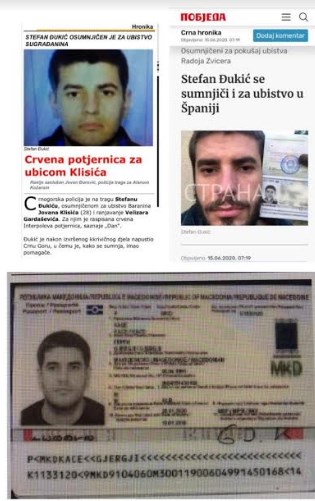 Following the Mafia affair, as VMRO-DPMNE called it, which was the first to reveal the scandal with the issuance of Macedonian passports to foreign criminals, the AA-AAA coalition also reacted. Elmi Aziri asks with how many witnesses did the 214 drug lords get the citizenship and how did they pass through the filters of the Ministry of Interior without anyone noticing that they are criminals.

The Ministry of the Interior first provided them with citizenship and then helped them obtain personal documents and passports. In the Republic of Macedonia, it is easier for a criminal and drug dealer in international network to obtain citizenship than a person born and raised in this country, said Elmi Aziri, MP from AA.

According to the Minister Oliver Spasovski, the obtaining of fake passports also included a mediator between the police and the person requesting documents, and the action for their monitoring started in 2019.

On Monday, VMRO-DPMNE leader Hristijan Mickoski revealed a number of regional mob bosses were given documents by the Macedonian Interior Ministry. The revelations prompted hasty arrest of about a dozen low level police officials in the department that issues passports and identity cards. Interior Minister Oliver Spasovski put together a PR campaign in which he is claiming that he was conducting an investigation into the corrupt Interior Ministry officials that are enabling regional drug lords for years, but that VMRO-DPMNE obstructed it when it revealed that the boss in the Skaljarski gang, Jovan Vukotic and Turkish mobster Sedat Peker were given Macedonian documents.

AA: They resigned after they saw indications of mistakes in the construction of the Tetovo Covid Center

Alliance for Albanians: Let’s put an end to corrupt politicians