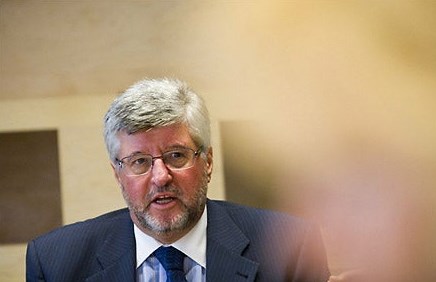 Greece could take Macedonia before the United Nations and the ICJ court in the Hague if the next Macedonian Government does not fully implement the imposed Prespa Treaty, said former Greek Ambassador to Macedonia Alexandros Malias. Greek officials are concerned as their favorite, Zoran Zaev, seems to be on the way out, and a new VMRO-DPMNE led Government could be formed shortly.

Speaking to Sky TV, malias said that it’s clear the Zaev Government is going down because Bulgaria and other EU member states are blocking Macedonia from opening EU accession talks, even after the Prespa Treaty and the Friendship Treaty with Bulgaria. Malias believes that Albanian parties in Macedonia will condition the creation of a Government with VMRO-DPMNE on the continued implementation of the Prespa Treaty, but that he expects that implementation will be difficult.

In case Macedonia refuses to use the imposed name “North Macedonia”, Malias syas that the country will first inform the Macedonian Government of its objections, then turn to the UN Secretary General, who, according to Malias, will likely be reluctant to get involved. The next step would be a case before the ICJ – but that would take many years, he adds.

Macedonia sued Greece before the ICJ over the Greek refusal to allow Macedonia to join NATO in 2008, and won the case in 2011, but Greece simply refused to implement the sentence.

UN: We have not released any assessment of government’s response to the COVID-19 pandemic